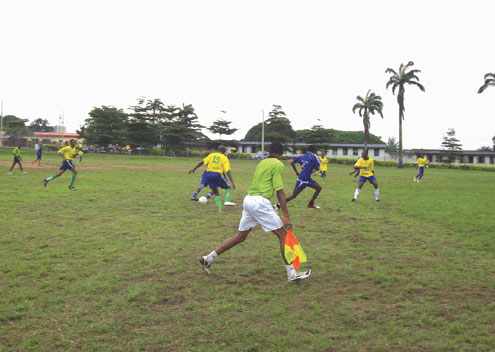 The football and volleyball teams of NYSC Ondo would move to the final tournament to beÂ  staged in Abuja soon. Ondo defeated NYSC Kwara 3-1 in the final match of the volleyballÂ  event, while the state overpowered Osun 4-0 before ending their last football match 0-0Â  with Kwara.

The festivalÂ  was organised annually by the NYSC to boost healthy competition and furtherÂ  promote national unity and integration among the youths, who are serving their fatherlandÂ  in various states.

The corps members from five states competed in football, volleyball, dance, drama andÂ  athletics, while the Lagos State contingent competed with their colleagues from the NorthÂ  Central and Ekiti State at another zone.

The Public Relations Officer of NYSC Lagos, Mrs. Beatrice Aiyegoro said the competition,Â  which had about 4,000 corps members was free and fair, while the participants left theÂ  venue in great mood.

Mrs Oye Bamgbose, who headed the Lagos Zone of theÂ  LOC, said the participants exhibitedÂ  maturity at all the games and praised them for maintaining the facilities at the ArmedÂ  Forces Resettlement Centre.

Other corps members had their qualifiers at other zones in Kwara, Lagos, Rivers, Enugu,Â  Zamfara, Niger, Gombe and Akwa-Ibom.