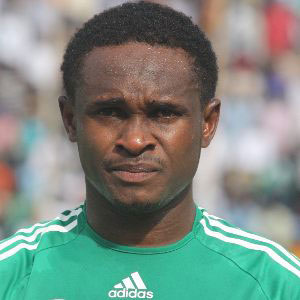 In an interview with SuperSport.com, the former African Coach of the Year award winner inÂ  2004, points out the qualities of Nwabili. He believes that he will battle for theÂ  left-back position with established players like Taye Taiwo and Elderson Echiejile.

â€œHe is a very good player. I have been at Enyimba forÂ  a season and I know what ValentineÂ  is capable of doing.Â  I believe that he will give the national team coaches more optionsÂ  in the left-back position of that team. Also, the foreign-based players in that positionÂ  will have a real hard time battling for the shirt with him because he has good work rate.

â€œAnother thing that could work in his favour while in the national team is that he has aÂ  very good left foot that can hit the ball at a dangerous speed. So, I am sure that in aÂ  matter of time he will start scoring goals and may be, he could be heading abroad likeÂ  most players that have played in the local league and national team,â€ said the formerÂ  Enugu Rangersâ€™ gaffer.

â€œBut as Enyimba coach, it is always good to have such players, who bring that kind ofÂ  quality to oneâ€™sÂ  team,Â  though in his absence, we have another capable replacement inÂ  Kenneth Anyanwu, who has almost similar style of play like Valentine,â€ Emordi said.