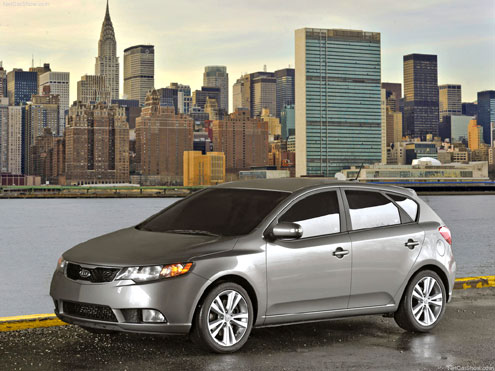 The range of vehicles wearing the stylish Kia badge in Nigeria will soon be widened whenÂ  the all-new Cerato 5-door hatchback is unveiled by Dana Motors, official distributor ofÂ  Kia brand of vehicles.

According to sources from the auto company, they are introducing a third member of theÂ  Cerato family â€“ the 5-door Hatchback, to strengthen its representation in what isÂ  arguably the worldâ€™s most important market sector – the ultra-competitive C-segment. KiaÂ  anticipates that demand for C-segment hatchbacks across markets outside Europe will growÂ  to more than 1.2 million units by 2012.

â€œThe availability of this third bodystyle for our C-segment model will enable Kia dealersÂ  to meet the needs of a broader range of customers. This derivative will boost totalÂ  Cerato sales to an even higher level all around the world, improving Kiaâ€™s fortunes byÂ  capturing a larger market share,â€ comments Hyoung-Keun Lee, Vice Chairman, Kia MotorsÂ  Corporation.

Technically similar to its sedan and Koup sister cars, the new Cerato 5-door has the sameÂ  overall width, height and wheelbase as the sedan, but the rear overhang is reduced by 190Â  mm, as is the overall length, so the 5-door model is 4,340 mm long.Â  Despite its moreÂ  compact dimensions, the hatchbackâ€™s cargo volume of 385 liters (VDA) is highlyÂ  competitive in its class.