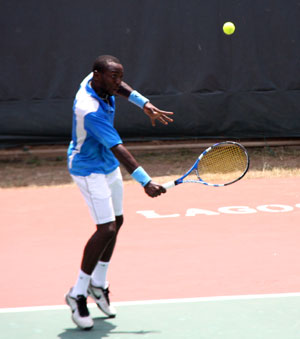 According to Owoseni, a few weeks to the championship, some members of the federation took it upon themselves to sponsor the camping of some of them at four different locations in the country.

â€œWe camped some Nigerian players at four centres across the country. I took some players to Ekiti State, while other members did the same in Port Harcourt and Kaduna. Unfortunately, the players didnâ€™t perform well. I think the players are not serious with their career at all,â€ said Owoseni.

The NTF chieftain said the players should share in the blame for their poor run in the championship over the years.

â€œSome of the players made money in the few competitions that are staged in the country yearly. But they usually fail to plough back such money to better their careers. The players are expected to travel to some nieghbouring countries where ITF approved tournaments are played.

â€œThis will go a long way in helping their career instead of waiting for help that wonâ€™t come easily,â€ the official counseled the players.

Owoseni also faulted the government, which gives too much attention to football at te expense of other sports in Nigeria.

He said: â€œIf the government could share with other sports what it spends on football in a year, it would be better for all.

â€œI think government needs to do something to arrest the downward trend of sports in the country before it is too late.â€