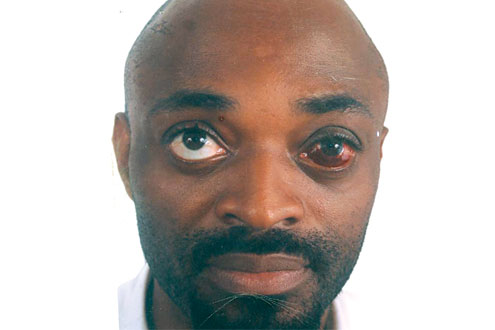 For refusing to quit his four-bedroom apartment in Egbeda, Lagos, South WestÂ  Nigeria, after refusing to pay his rent increment, a tenant has been battered by hisÂ  estate agent.

The tenant, Enoh Tony, who resides at 6, Gbenle Street, Egbeda, Lagos was batteredÂ  in his right eye allegedly with an iron rod.

The matter was reported to the police at Idimu and the suspect, Joseph Sodipe, wasÂ  arrested and charged before the Ejigbo Magistrateâ€™s Court, Lagos for assault.

The magistrate ordered that he should be remanded in prison custody when he couldÂ  not meet the conditions attached to his bail.

The matter has been adjourned till 29 November for trial.

Narrating how he was attacked, the tenant who disclosed that he had been living inÂ  the apartment for the past three years accused his landlord of incessant increase inÂ  rent.

â€œI have been staying in the four bedroom flat for the past three years. The accusedÂ  is an in-law to the owner of the house who has travelled abroad. When I moved in, IÂ  was paying N180,000. Later, the rent was increased to N200,000 and increased toÂ  N250,000 this year. I told the landlord that I will not be able to pay the newÂ  increase and he gave me a quit notice.

â€œOn the day of the incident, I accompanied my mother-in-law who was going to Mile 2Â  to the bus stop around 5.45 a.m and the accused came out and attacked me withoutÂ  doing anything. My mother-in-law tried to stop him but he hit me in my eyes with anÂ  iron.

â€œBefore we got to the police station, he had gone to Idimu station to lie against usÂ  but the policemen were shocked when they saw my eyes,â€ he stated.