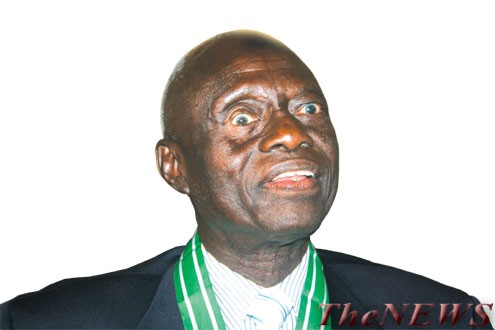 After weeks of what it called â€œconsultationsâ€ across the Northern part of the country, the Adamu Ciroma led Northern Political Leaders Forum, has announced former Vice President Alhaji Atiku Abubakar as its choice Northern candidate that will square out with President Goodluck Jonathan in the fight for the presidential ticket of the ruling Peopleâ€™s Democratic Party, PDP in the 2011 elections.

Sabo Abudukadir Ibrahim, the Secretary of the Consensus Committee of the NPLF told journalists that after careful consideration of the four aspirants from the North who are gunning for the PDP presidential ticket, the wise men in the committee selected Atiku Abubakar.

Abdulkadir told journalists that the search for a Northern consensus candidate was necessitated by the need to maintain the zoning formular of the PDP. According to him this became necessary following the decision of President Goodluck Jonathan to contest the 2011 presidency against the zoning formular which some members of the party from the North believed has excluded him from running.

He however failed to tell journalists the criteria used by the Committee in arriving at its choice or if the other three aspirants have indicated their acceptance of the choice of Atiku. Reactions from the camp of General Ibrahim Babangida, General Aliyu Gusau and Governor Bukola Saraki are still being expected as at the time of writing this story.

PM NEWS however gathered that the campaign organizations of the three aspirants have gone into a long drawn meeting since the choice of Atiku was made public.

However, the four aspirants have repeatedly pledged in the past to accept the decision of the consensus committee.

Atiku’s selection has meanwhile received the blessing of former military President, Ibrahim Badamosi Babangida. has congratulated In a statement issued and signed on his behalf by Dr Raymond Dokpesi, National Campaign Director, IBB Presidential Campaign Organisation this evening, Babangida also applauded the Ciroma Committee for what it called â€œtheir individual and collective concerns and sacrifices which only history and the Nigerian people shall duly reward in the passage of timeâ€.

The Campaign Organisation also said it is committed to â€œall the elements of the Consensus Agreement and understandingâ€. Though the Organisation fell short of declaring if its principal will now abandon his presidential ambition in favour of Atiku, it however declared that it â€œIt shall be well with the Consensus Outcome, and it shall manifestly be well for all Nigeriansâ€.

â€œThe exercise to search for, find and approve a Consensus Candidate from among the Presidential Aspirants in the constitutional zone of the Peoples Democratic Party (PDP) must go down in the annals of this great nation as historic and uniquely interesting. â€œWe all know the gravity of what the Aspirants have done.

We know that in doing what they have done, this great nation and all Nigerians shall manifestly be served. â€œThey did not submit themselves to this exercise so as to fail, far from it.

The machinery of success which they inaugurated previously has become further strengthened and deeply rooted. â€œDemocracy can only be sustained and flourish under theÂ Â  principles of justice, rule of law, equity, and determination, particularly on the part of leadership to respect, adhere and advance the framework of upholding the constitution not only of the country, but also of various institutions such as the constitution of the Peoplesâ€™ Democratic Party.

â€œHuman conduct is a logical system and not merely of opportunism; more so under a regime of democracy and constitutional government. â€œThe IBB Presidential Campaign Organisation commits itself to all the elements of the Consensus Agreement and understanding.