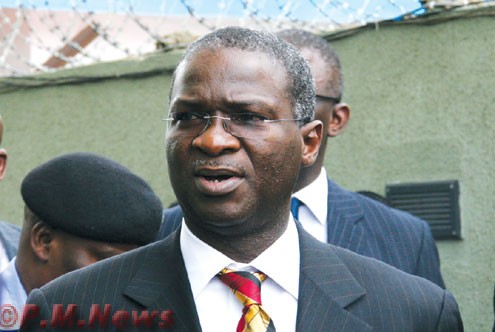 It has been uncovered that names of dead civil servants and retirees under theÂ  employ of the Lagos State Government, South West Nigeria are still on the payroll ofÂ  government long after they have been confirmed dead or retired.

Also on the payroll are some officers who have left the civil service throughÂ  resignation, withdrawal of service, abscondment and dismissal.Â Â  Salaries are stillÂ  being paid to them as their names are still on the oracle database of the stateÂ  government.

To correct this anomaly, the Governor Babatunde Fashola administration has ordered aÂ  monthly staff audit of all workers in order to remove ghost workers and stop paymentÂ  of salaries to some unscrupulous civil servants using the names of dead staff andÂ  retirees to enrich themselves.

Every ministry, agency, parastatal and other affiliated government bodies are now toÂ  carry out compulsory monthly staff audit before salaries are paid to staff, whileÂ  Permanent Secretaries and Heads of Departments would now be held responsible forÂ  such crooked act.

A circular from the Public Service Office, PSO has gone to all ministries, agenciesÂ  and others on this issue and officrs directed to comply with it promptly.

According to the circular, with ref. number Cir/HOS/10/Vol.1/103, â€œit has beenÂ  observed that some officers who had exited the service through retirement,Â  resignation, withdrawal of service, abscondment, dismissal and death are still onÂ  the oracle data base of the state government.

â€œThis is worrisome as it questions the validity of the staff audit exercise carriedÂ  out on bi-annual basis to cleanse the system.Â  It is in view of the above that allÂ  ministries, agencies, departments are hereby enjoined to carry out monthlyÂ  verification exercise of their staff until further notice.â€

The circular added: â€œPermanent Secretaries and Heads of Agencies of government willÂ  henceforth be held responsible for not deleting from their payroll the names ofÂ  staff that had exited from the service.â€

The circular was signed by the Permanent Secretary, PSO, Mr. Lateef Abari.

Last month, the Committee on Wage Determination and Pay Policy for Civil ServantsÂ  set up by the governor had recommended the audit of all staff within the civilÂ  service to ascertain the actual number of staff money should be paid to.

Before the end of this week, all professional drivers within the civil service areÂ  to appear physically for verification.

P.M.NEWS gathered that this will be used to ascertain the number of drivers stillÂ  working with the state government.