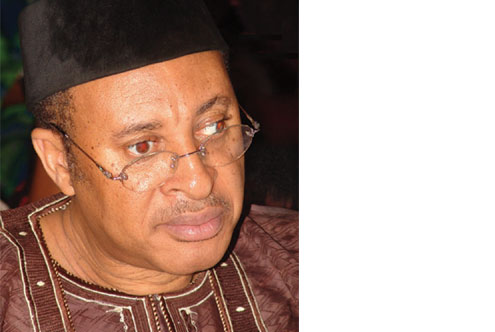 Professor Pat Okedinachi Utomi, Chairman of the Social Democratic Mega Party and aÂ  presidential hopeful has lent a voice to the joint call of the US and the EuropeanÂ  Union for better accountability for what remains of the oil and gas resources of theÂ  nation.

In a statementÂ  from his office at the weekend, Utomi said the government owedÂ  Nigerians a duty to make the best of the depleting resource that is stillÂ  theÂ  mainstay of the nation’s economy.

The Nigerian situation hadÂ  recently come up on the agenda of the US-EU EnergyÂ  Council Ministerial Meeting which held in Lisbon, Portugal. There, respondents,Â  including the US Secretary of State, Mrs. Hillary Clinton; Deputy Secretary, USÂ  Department of Energy, Mr. Daniel Poneman; EU High Representative, Catherine Ashton;Â  and Energy Minister, Freya Van den Bossche, expressed exasperation at the authorityÂ  in Nigeria over the continued insulation of a large section of the Nigerian societyÂ  from the benefits derived from the country’sÂ  natural resources.

They argued that authority should do more to transform the national economy with theÂ  proceeds from oil and gas,Â  especially the comatose power sector â€œto enhance accessÂ  to electricity for Nigeriaâ€˜s citizens.â€

The communiquÃ© from the meeting read in part: â€œWe directed the Energy SecurityÂ  Working Group toâ€¦ encourage the Nigerian government to use its oil and gas resourcesÂ  to promote economic development to the long-term benefit of the nation.â€

Utomi highlighted the urgency with which government ought to address the issue.Â  Pointing to the recent report of the Department of Petroleum Resources that theÂ  nationâ€™s hydrobarbon deposit would be totally depleted in the next 25 years at theÂ  rate of present depletion, he said government needs to make the best use of whatÂ  remains of this gift of nature to transform the national economy.

Prof. Utomi had at a different forum recommended to the federal authority thatÂ  instead of lumping the total proceeds from the oil and gas into a Federation AccountÂ  for total disposal to all sectors of government, a Stabilisation Account as well asÂ  a â€œFuture Fundâ€ should be established.

He recommended that the Federation Account should attract not more than 40 percentÂ  from the oil income that would be available for disposal to the federal government,Â  the states as well as the third tier of government at the local level.