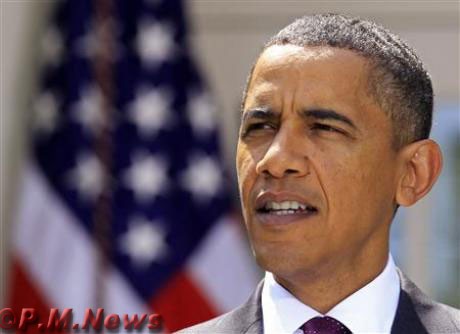 The man behind the election of President Barack Obama as the first black presidentÂ  of the United State of America, USA, Mr. David Plouffe, yesterday narrated how heÂ  achieved the feat at a seminar held at the New Expo Hall, Eko Hotel, Victoria IslandÂ  Lagos, South-West Nigeria.

Plouffe, Obamaâ€™s Campaign Manager during the election, told a large crowd consistingÂ  of politicians, business professionals and educationists, that he deployedÂ  technology to achieve the feat.

He noted that President Obama was a difficult candidate to sell to the US electorateÂ  because he was relatively unknown to them and comes outside the usual politicalÂ  block.

Mr. Plouffe said his key strategy was to use the internet to create a personalÂ  relationship between US citizens and President Obama. â€œOur key strategy was to useÂ  the internet. We started selling him and what he represents to a small group ofÂ  people through the internet. As they accepted him, we made them to get more peopleÂ  to support his campaign and gradually more and more people who were already tired ofÂ  the American system began to support us,â€ he stated.

The strategy did not stop there as Plouffe said his campaign team had to sustain theÂ  support it got from people on the internet by ensuring a functional website thatÂ  enables President Obama to interact with them.

â€œWe had to build the relationship. First, we ensured a very functional andÂ  interactive website where all the data base of our supporters are stored. WeÂ  provided answers to their probing questions and made sure they were the first toÂ  know about any development within the campaign. We also built in video clips thatÂ  allows President Obama to speak to his supporters. This was vital to us because weÂ  know that that the American people are impatient and we could lose their support ifÂ  they can not readily get answers on whatever they want to know about Obama,â€ heÂ  added

Plouffe disclosed that most of the campaign money raised for the election was alsoÂ  done using the internet and supportersâ€™ mobile phones.Â  â€œThree quarter of a billionÂ  dollars raised by the Obama campaign was received through the internet and mobileÂ  phones. We got people to support the campaign by donating money online. The outcomeÂ  was tremendous. People donated through their phones and we got the money in just aÂ  second,â€ he narrated

Extolling the impact of the internet and mobile technology and how it helped inÂ  securing victory for Obama, Plouffe said Nigerian businessmen and politicians canÂ  employ the same strategy to get the kind of historic result he got.

He said: â€œI think Nigerian businessmen and politicians can employ the same strategyÂ  we use. More people now have access to the internet and mobile phones are becomingÂ  cheaper. This is an asset that you can use to your advantage. Whoever wants toÂ  secure the patronage and support of people in this growing technological centuryÂ  must be up to date with technology and this I think is the key to victory in yourÂ  coming elections.â€