Woman On Trial For Trying To Poison Detained Husband 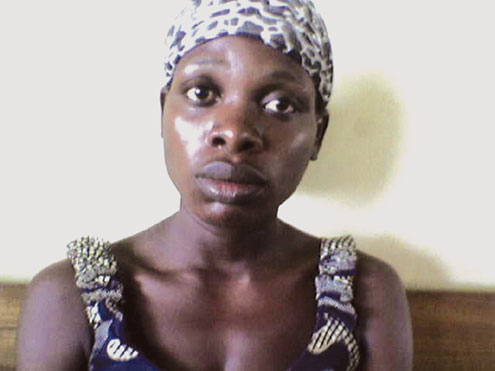 A 26-year-old housewife, Kehinde Okunade has been arrested by the police at Idimu, Lagos State for attempting to poison her husband, Jelili, who was detained in a police cell.

According to police sources, Kehinde allegedly bought a loaf of bread and put a substance suspected to be poison in it and gave it to the police to pass to her husband who was detained in the cell for alleged armed robbery.

P.M.NEWS gathered that her husband was arrested for alleged armed robbery while his partners in the crime escaped.

When Kehinde heard that her husband was in police net for armed robbery, she quickly conceived the idea to poison him to cover up the shame.

She bought bread and laced it with poisonous substance to give to the husband in the cell, our source said.

The attempt failed when policemen at the counter discovered that the bread contained a substance suspected to be poison. She was summoned to taste the bread but she refused and later confessed to the crime.

The police arrested and immediately charged her to Ejigbo Magistrateâ€™s Court for attempted poisoning to cover up crime committed by a suspect in a case of robbery.

She pleaded not guilty and the presiding magistrate, Mrs. M. B. Folami granted her bail in the sum of N100,000 with two sureties in like sum.

The matter was adjourned till 11 April 2011 while the court ordered that she should be remanded in prison custody at Kirikiri.