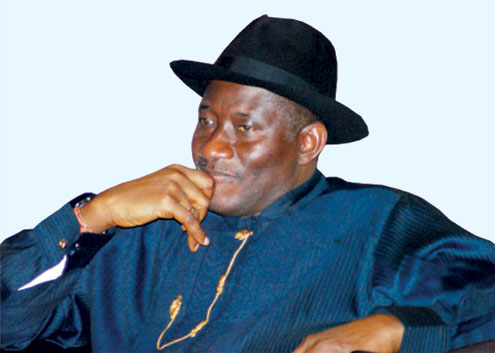 The Federal Government Saturday doled out cash rewards for Nigerian athletes who won medals for the country at various international sports championships since 2009.

At a dinner organised for the athletes at the Banquet Hall of the presidential villa, yesterday, President Jonathan commended the athletes for their indomitable spirit and commitment to excellence, noting that they left no one in doubt that given the enabling environment, Nigerian youths can hold their own any day against the best of the world.

The President challenged the Nigerian Sports Commission and other sports agencies in the country to do everything possible to improve Nigeriaâ€™s records at the forth coming Olympics in London and other championships.

â€œThe 2011 All African Games in Maputo, Mozambique, and the 2012 Olympics in London, England are around the corner. Now is the time for our sports administrators, the various technical teams and our gallant sportsmen and women to do all that is necessary to ensure that Nigeria not only come tops at the All African Games but also emerge among the top nations at the London Olympics,â€ President Jonathan stated.

He said his administration will always recognise and reward outstanding service to the fatherland in all spheres of national life.

Earlier, Secretary to the Government of the Federation, Alhaji Yayale Ahmed, said the President Jonathan has set a noteworthy precedence in the nationâ€™s democratic dispensation by rewarding deserving athletes with financial incentives beyond the traditional presidential handshake.

â€œWe had a presidential directive to include every athlete who had done this nation proud at one event or the other within the given period,â€ he said.

Athletes and officials who were awarded various cash prizes each ranging from N150, 000.00 to N1.5m include the gold-winning Falcons at the 2010 African Women Championship in South Africa; the silver-winning Golden Eaglets team at the 2009Â U-17 FIFA World Cup in Nigeria; medallists at the Youth Olympic Games, Singapore 2010; African Scrabble Championship, Ghana 2010; and the African Junior Wrestling Championship, Egypt 2010.

The president, clad in the traditional Nigerian green and white jersey, and flanked by First Lady, Dame Patience Jonathan, Vice President Namadi Sambo and his wife, Senate President David Mark and his wife, later posed for group photographs with the victorious contingents.