Peaceful in Lagos, Ogun, Abuja, Katsina but turn out low 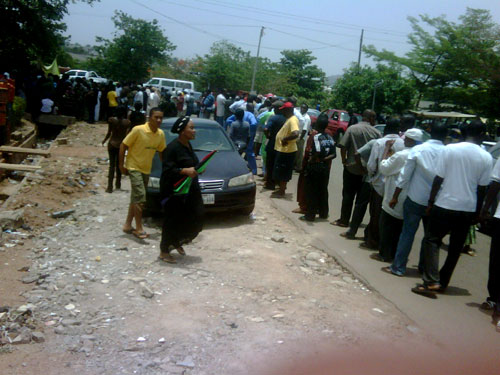 It has been peaceful so far in Abuja, the Federal capital of Nigeria, Lagos, Ogun State and Katsina. But turn out of voters was not as impressive as the one witnessed 2 April when poll was suspended by the Independent National Electoral Commission.

Accreditation started in most polling units around Abeokuta at 8.30am. In Moba and Alagunta polling units in Eti-Osa council area, accreditation went on smoothly, even much better than last week, officials said. There were no queues at polling centers as voters had retired to their homes, to return to vote by noon.

In some of the polling stations visited in the Ogun state capital, Abeokuta, accreditation was being done without much fuss. This was the situation at Ibara, Panseke,M.k.o Abiola Way, Odegbami Way, Olorunsogo area, Orita Merin, Obantoko, all within the Abeokuta metropolis.

In ijebu Ode, Atan, Ijebu Igbo, low turn out was witnessed. People generally went about their business without observing the police order on restrictions of movement. The PDP deputy governorship candidate, Tunde Oladunjoye said the postponement of the election has compounded the problem.

In Katsina, accreditation started in most polling units as early as 8.17 a.m. At Nafada polling unit in the Sabo Kasuwa area, two women could not however find their names on the register. The two women, usman Hafsat, 33 and Iliya Binta, 40, said they registered at the units.

His camera was however returned after some interventions by some officials of the INEC.