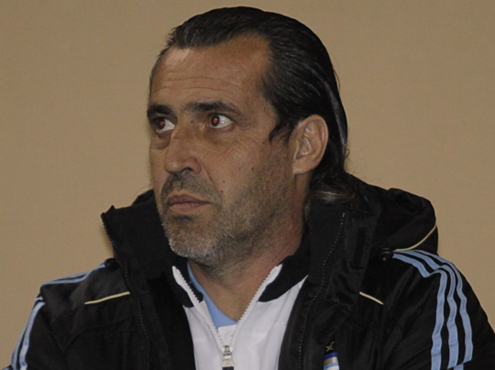 Argentine Football Association (AFA) president Julio Grondona has accused coach Sergio Batista of jeopardising the reputation of the national side, following the 4-1 friendly loss to Nigeria.

The humbling defeat in Abuja on Wednesday arrived just a month before the start of the Copa America (July 1-24), which Argentina will host.

“You can’t mess around like that with the prestige of the national side.”

Grondona expressed his discontent with Batista, who had selected a squad shorn of stars and largely composed of inexperienced players for the trip to west Africa.

“It will be different in the future,” warned Grondona.

“You can’t play against a team like Nigeria, who fielded their best players, with a team that is not up to scratch.”

For his part, Batista had claimed that “these outings are useful, whatever the result, because it allows you to see the players of the future”.

Two-time world champions Argentina, who reached the quarter-finals at last year’s World Cup in South Africa, face Poland in another friendly in Warsaw on Sunday.