DPP, Police At War Over Trial Of Olohunwa, MC Oluomo 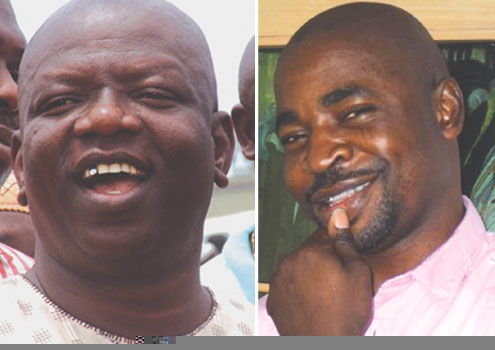 The Lagos State Directorate of Public Prosecution, DPP, and the police were literally at war today at an Ikeja magistrateâ€™s court over who should prosecute the Chairman of Lagos chapter of the National Union of Road Transport Workers, NURTW, Rafiu Olohunwa and Musiliu Akinsanya, a.k.a. MC Oluomo, treasurer of the union and major controller of motor parks at Oshodi, and nine others.

They are standing trial over allegation of theft, illegal possession of firearms and disturbance of public peace.

When the matter came up today, both the DPP counsel Mrs. Bukola Akanni and police prosecutor, Chukwu Agu, announced their appearance as prosecutors in the matter.

The matter was resolved when the presiding magistrate, A.O. Isaac, asked the police to hands off the matter since DPP has officially taken over the matter.

He later adjourned the matter till 28 September 2011 for trial.

Leadership crisis rocked the union last month when supporters of Olohunwa and Oluomo clashed at various motor parks in Lagos.

The police waded into the matter and arrested the two leaders and nine others. They were later arraigned.