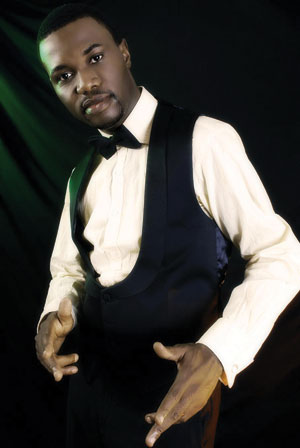 Consummate singer Tosin Martins will re-issue his sophomore double CD album: â€˜Higher (The Expression and The Confession) in July.

Speaking with Showbiz Trends at a meeting at the Lagos Sheraton hotel and Towers, Ikeja, Martins said the reissue of the album, released mid-last year, became necessary when his numerous fans complained about the unavailability of the double album.

The double album is meant to give his secular and gospel fans music more specific to them. The Expression features artistes like Ego, Banky W, Jesse Jagz, Ice Prince, Sage and M.I, while Confession is strictly gospel.

â€œWe are reissuing the double CD with some new songs and all in one packageÂ because a lot ofÂ people have now copied the concept. Moreso because the marketer didnâ€™tÂ do a great job of makingÂ the CD widely available for many of my fans,â€ Martins told Showbiz Trends.

A notable new track in the re-issue double CD is Champion Love, a track that Martins did with sultry diva, Tiwa Savage.

Martins discoveredÂ his voice and fell in love with singingÂ in a church choir. HisÂ debut solo single Olo Mi (My Sweetheart) off his first album Happy Day came on the Nigerian music scene and got listenersÂ wondering.