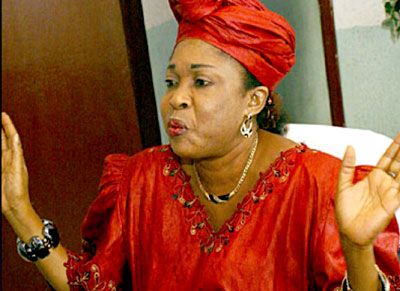 As a 20-man burial committee led by Pastor Obika Romeo will be inaugurated tomorrow, P.M.NEWS can reveal that the late Chief Mrs. Christy Essien-Igbokwe will be accorded a state burial.

Investigation revealed that the Federal Government, Lagos, Anambra, Imo and Abia states government have signified their interest to participate actively in the burial of the Lady of Songs.

P.M.NEWS learnt that despite the fact that the deceased was a titled chief in Imo and Akwa Ibom states, her home state, her remains will be buried in Lagos.

Speaking with our correspondent this morning, Pastor Romeo said all the steps that would be taken to ensure she gets a befitting burial will be decided tomorrow.

â€œThe committee is a large one that will give birth to sub-committees, while a central working committee will oversee the other sub-committees. I can assure you that the federal and state governments, including including the Governor of Lagos State will be part of the burial.â€

When P.M.NEWS called this morning at the Igbokwesâ€™ home on Talabi Street, Ikeja, Chief Edwin Igbokwe, the husband of the deceased, was seen attending to sympathisers who have been trooping in to console the family over the death of Apeno, as the late musician was popularly called. But he declined to answer questions on how she died.

He referred P.M.NEWS to the burial committee, saying â€œthey will definitely organise a befitting burial for her.â€

Meanwhile, over 2000 sympathisers have signed the condolence register placed inside the compound of the Igbokwes.

Some of those who have signed the register include musicians, producers, bankers, lawyers, fans and well wishers. Government officials also expressed their condolences.

Lagos State Governor, Mr. Babatunde Fashola, wrote in the register: â€œWe celebrate the life and times of Nigeriaâ€™s icon and ambassador. May her soul rest in peace.â€

At the time of going to the press, sympathisers continued to pour into the residence of the Igbokwes to commiserate with the family.