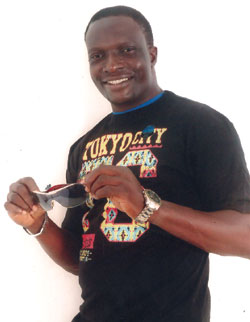 Inspiration, a follow up to Tete Gbo Adura Mi Oluwa (Hear My Prayer), dropped in 2007 on the stable of Damm Music and Films International, is said to be making waves in the market.

The Ejigbo, Lagos-based Fuji musician, debuted with a joint album known as Fuji Combination, the first ever duet in Fuji music genre on Popson Music label in 1999.