Xty Essien Especial: We Had A Premonition About Our Mom's Death 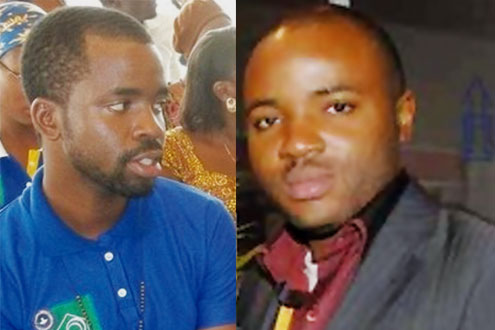 Â When the death of the Lady of Songs, Chief (Mrs.) Christy Essien-Igbokwe, was announced last Thursday, P.M. Entertainment visited her home on Friday and had an exclusive chat with three out of the four children of the singer about the deceased’s last wish and how she predicted her own death

How did your mom die?

I donâ€™t know if I am in the right mood to talk, but I will try. My mom complained of stomach ache on Saturday and on Sunday, she was really down which was very strange because she hardly fell sick. When I came back from the church, we took her to the hospital and she was discharged same day, but still continued to complain of the same thing and my dad began to panic because she was so much in pains. However, she was taken to hospital, LASUTH and was getting better and was even joking and smiling on Tuesday.

What did she tell you on the day you saw her last?

We just discussed casually and I promised to see her on Thursday. I started praying and I saw a vision and I told God no, no, So I called the hospital to know what was happening because I was home with my younger brother. The reply I got was that she was getting better and would return home soon. But later, some friends began to call me to inform me that she had died. And when my people came back, they told me that also.

Was it a serious ailment?

No, it was not that serious, in fact, my mom hardly fell sick since I was born. It was only once and that was seven or eight years ago and that was even worse than this one.

Did she have any known ailment?

No, she didnâ€™t, my mom was a very healthy woman.

Did you have any premonition of her death?

One week before she died and my fiancee also had a similar dream that there were sores on her legs and she went to rub them. I called her to tell her about the dream and she just smiled. Even my cousin had the same dream; almost everybody did. You know that my mom usually said that she would let us know when she would go and that she would go when she is 50 jokingly. We though it was a joke or to make us behave when we wronged her. Now it is a reality.

Was it only when you misbehaved?

No, at times she would say it casually.

What other signs did she show you?

Before the ailment that eventually killed her, she was very close to virtually all of us. She told my younger brother that she would go when she was 50, that is my immediate younger brother, I am the second out of four boys.

What happened on 11 November last year, her 50th birthday?

She did not want to celebrate, what she did was that she just threw a small party at home. When some people came to honour her and I was telling her to start planning for this yearâ€™s birthday,she just looked at us and laughed.

What will you miss about her?

I will miss her for everything, I can give anything to make her live again.

What did she tell you about your career as an artiste?

But you asked people to pray for the sick on facebook three days before she died, why?

Because the doctor said that she was getting better.

What do you do for a living?

I am a professional footballer and at the same time seeking admission to further my studies in the university.

As the last born, are you a spoilt child?

Whatever you call me, no problem.

As the last born, were you very close to her?

Yes, I was very close to her although we were always fighting and that is life.

When last did you see her?

I spoke with her last week Friday and from the tone of her voice, I discovered that she was not feeling alright.

Did you have a premonition that she would die?

Yes, because I was angry the previous night because something told me she was going but I never believed that because on the day she died, she called us and told us to pray for her and we did. After we finished praying, I started crying. I said God, donâ€™t tell me that my mom will go! But my other mind was telling me she was gone. But from the report my brothers brought back from the hospital, they said she joined them in singing choruses, prayed for all of us, our friends, family and others and after that, she was quoted to have told them that the battle was over.

Is your dreadlock natural?

Yes, but I trimmed it when I was seven years old and it grew back, in fact, it was my mom that told me to leave it to grow two years ago because she was very spiritual.

What do you do for a living?

I am an architect, presently I am on my own.

When last did you see your mom?

The news was broken to me.

I learnt that she ran into semi coma and died while the doctors were trying to revive her.

How long was she in coma?

Not a serious one, it just lasted for some hours and she was gasping for breath and that was all. I saw her the night before and she was getting better. I bade her good night and that I would have a meeting the next day and she replied me. She knew I was in the room and I even massaged her leg.

I just assisted her to do that because she had been on bed for some time. Look, her condition was not critical as you think. She was getting better. My mom was a servant of God and she had the power of vision. She could tell you what would happen in the nearest future. She had been telling me from time to time that she would only live for half a century and at times, those things will escape your mind. The only thing I am happy about is that she left a legacy and her life should be celebrated. She has achieved what people who lived for 1,000 years did not, while there is no life she has not touched in the world. She had so many contacts. It is not about how long, but how well because everybody has a purpose.

Where will she be buried?

Donâ€™t let us jump the gun but she has given everybody what to do, so when the time comes, you will know. My duty is that of the leader, to make sure the family is intact.

Did she have a wish?

Where is her body kept now?

I will leave that to her partner, my dad. I am just the son.

Will she be buried today?

No, she was not a Muslim. You know, death wish is very important.

How will you preserve her?

God works in a miraculous way, at least, a sole survivor came out of a plane crash. So when the time comes, you will all see. Even when her mom died, she was not put in the morgue. It is like desecrating her and we will respect her wish to the letter.