Why I Didn't Play In Senegal '92 Nations Cup 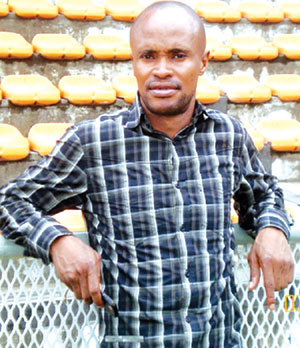 Â Dimeji Lawal is a former Nigerian footballer who played as a midfielder for clubs in Nigeria, Spain and Belgium. He is a FIFA-licensed agent. He founded All Stars Football Club of Ibadan.He spoke about his football career and why he missed 1992 Senegal Africa Cup of Nations with SUNDAY AKINTOYE

What have you been doing since you left the Super Eagles,?

I am a FIFA licensed agent. I founded All Stars football club of Ibadan three years ago. I have about 55 players in the club now .

What motivated you to form a club when some of your mates are now handling professional clubs in Nigeria?

Must all ex-international players become coaches? My interest is not to coach but to focus on how I will nurture young players to stardom.

I thank God that through my club a lot of young players are in the limelight. Right now, I am thinking of how to get big clubs for some of them that are good for the market.

You were well known when you played for Nigeria in 1987 FIFA U-16 World Cup in Canada and 1989 FIFA World Youth Championship in Saudi Arabia, what is your assessment of the present Flying Eagles?

I donâ€™t know much about them, All I can say is that they need to work hard if they want to do well in the FIFA World Youth Championship in Colombia. They are Africa’s champions and they need to prove to the World that they are truly African champions by going far in the tournament.

Do you see Flying Eagles in the final of the tournament?

It is too early to tip Flying Eagles for glory until I watch two of their matches in the group stage. The road to success is rough, because the challenges are there for Flying Eagles to overcome to lift the trophy.

What do you mean?

Donâ€™t forget that the FIFA World Youth championship would hold in Colombia. Our team should expect cold reception from the home team and ready for intimidation from the South American football fans. I pray and hope that Nigeria will not disappoint fans back home because the results we got from the international friendly matches they played were not too pleasant. They need to raise their game in the competition to go far.

You played well in the Junior World Cup and World Youth Championship,but you did not win any laurel for Nigeria, are you fulfilled as a player?

I can say losing 2-4 to USSR on penalty after one goal apiece at regulation time at the U-16 World Cup in Canada was a sad day in my football career. I gave my best for the match but we were unlucky during the penalty shootout. It was so painful that I wept profusely after losing the final.

You played almost all the qualifiying matches for 1992 Senegal Africa Cup of Nations Cup, but you did not make the final list of Clemence Westerhof, what went wrong?

Westerhof did not drop me because I was not good but I suffered ligament injury during the qualifying matches. I struggled to keep fit but I could not make it. It was another very sad day in my football career.

Missing 1992 Senegal Africa Nations Cup and losing in the final of U-16 FIFA World Cup, did these affect your football career?

I am fulfilled as a footballer because I’m one of the few players that played for Nigeria in all categories. I went to Junior World Cup and FIFA World Youth Championship, I made several appearances for the senior national team before I suffered that injury.So,I am fulfilled as a player.

Were you among the ex- internationals that showed interest in coaching junior national team, considering that fact that you gave your best for this country during your playing days?

As I said earlier, I am not interested in coaching any national team. I prefer to contribute my own quota to the 3SC Football Club of Ibadan for now .3SC FC is very important to me and it must not die or relegate to the lower division.