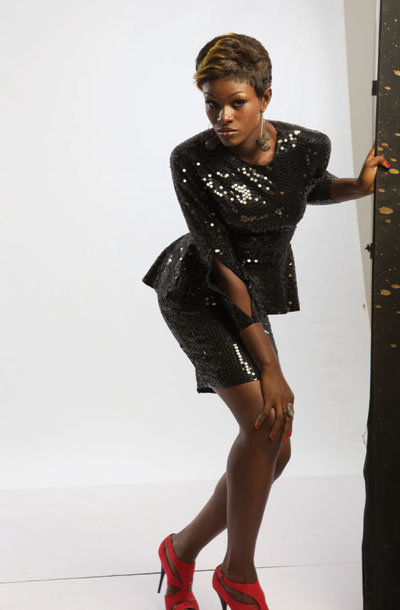 With the second Nigerian edition of the world-certified Idol series about to begin, the winner of the first ever Nigerian Idols Yeka Onka, has been the subject on the lips of her everyone.

Showbiz Trends learnt that Yeka appears to be taking her role as Nigerian Idol to the next level as the six-foot stunner is busy in the studio working with producers from Chocolate City to record her debut single. She has been spotted now and again, hard at work with Chocolate city studios ace producer and artiste, Jesse Jags and international choreographer and recording artiste Jeffrey Daniel, who is said to be working the Michael Jackson magic on the new singer.

Yeka is also working on her debut album with other producers including producer extraordinaire Cobhams Asuquo.

Acclaimed as the Nigerian version of Whitney Houston as a contestant at the Nigerian Idols early this year, Yeka is slated to visit the United Kingdom on a working trip to record more songs and shoot her music videos under her UK-based label.