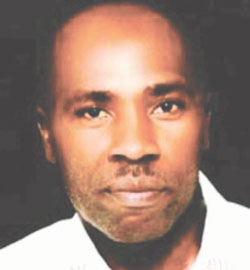 The Nigerian entertainment industry has again been thrown into mourning as popular film producer, Donald Uzebechukwu Okoli, died this morning.

National Public Relations Officer of the Actorsâ€™ Guide of Nigeria, Yakub Abubakar, confirmed the death of Okoli to P.M.NEWS this morning.

Though the circumstances that led to his death were sketchy as at the time of filing this report, Okoli was said to have died in his sleep.

Some of his movies include Power of Love, Behind The Plot and Moment of Truth.

A native of Amichi-Nnewi Anambra State, the deceased, fondly referred to as Don, was one of the most influential filmmakers in Nollywood.

The death of the easy-going Okoli has further exacerbated fear and panic among Nigerian entertainers over the rate at which death has claimed the lives of some practitioners in recent times.

Last week, popular musician, MC Loph died in an auto crash along with his sister on the Benin-Ore Road while on his way to the East for his traditional marriage.

His fiancee who was also in the vehicle suffered severe injuries and is still in critical condition in a hospital.