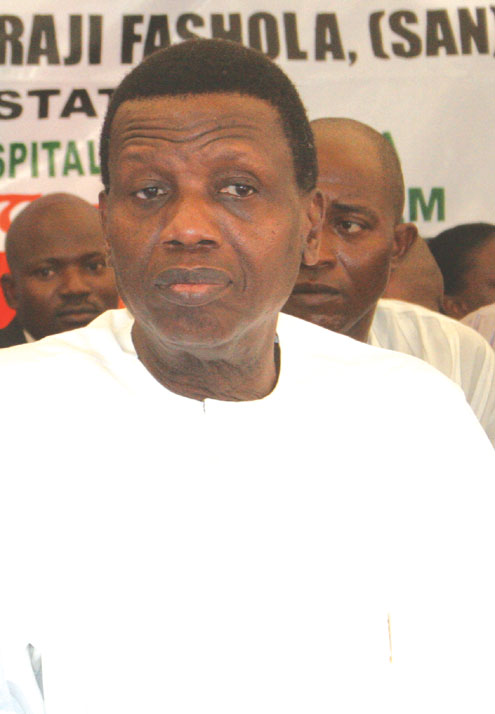 Yesterday 70 hours of praises to God to mark the 70th birthday of the General Overseer of The Redeemed Christian Church of God, Pastor Enoch Adejare Adeboye started in the Redemption Camp, Km 46 Lagos/Ibadan Expressway.

The intense praises started at Youth Centre yesterday and it is expected to end on Thursday, few hours to the kickoff of this year’s Special Holy Ghost Service.

Other activities include the live broadcast of special video tribute to him through the Liveway Radio, the internet arm of the church.

Members of the public who are interested in this have been enjoined to come to the Nigeria Studio of the Radio on No 15, Eric Moore Close, Surulere, Lagos, Southwest, Nigeria from Monday through Thursday this week.

The man of God had restrained every member of the church from embarking on any elaborate activity for his birthday. He even said he does not want any birthday greeting in the newspapers, rather, “you can pray for me with 7, 14, 21, 28 or 35 days of fasting” depending on the ability of such member. It is a voluntary exercise.

Meanwhile, the pastors of the church will be rounding off a four-day conference known as Solemn Assembly today.

The theme of this year’s conference is ‘Let The Fire Fall.’

Pastor Enoch Adejare Adeboye was born to Papa Moses and Mama Esther Adeboye on 2 March 1942 in Ifewara, Atakumosa West Local Government, Osun State. He had both his elementary and secondary education at Ilesa, Osun State.

He worked briefly before proceeding to the University of Nigeria, Nsukka, UNN, where he read Mathematics.

Due to the Nigerian civil war that started in 1967, he could not complete his university education at UNN. He later relocated to University of Ife, now Obafemi Awolowo University, where he bagged his Bachelor degree in Mathematics.

He had his doctorate degree at the University of Lagos, Akoka, Lagos.

He joined the Redeemed Christian Church of God in 1973 and rose to become the General Overseer on 21 January 1981.