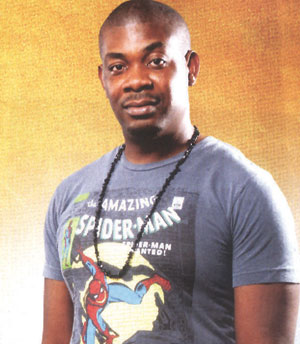 Music producer, Don Jazzy, has expands his personal and corporate portfolio with the lunch last week of the Samsung Afro pop range of home theater system he helped design and built in Cape Town, South Africa.

Samsung had brought in Don Jazzy, who recently announced the resting of his jointly owned label, Mo’Hits Records with Hip-hop star D’Banj, to help design and work on their new series of Afro Pop Home Theatre system for Africa.

While Don Jazzy, a prolific beat maker chose to remain mum on how much the electronic giant paid him for the sound he designed for the new products, sources close to him claimed it was a mouth watering one. Samsung was said to have paid him fees running into hundreds of thousands of dollar for the deal signed and sealed while the Mo’Hits project was still on.