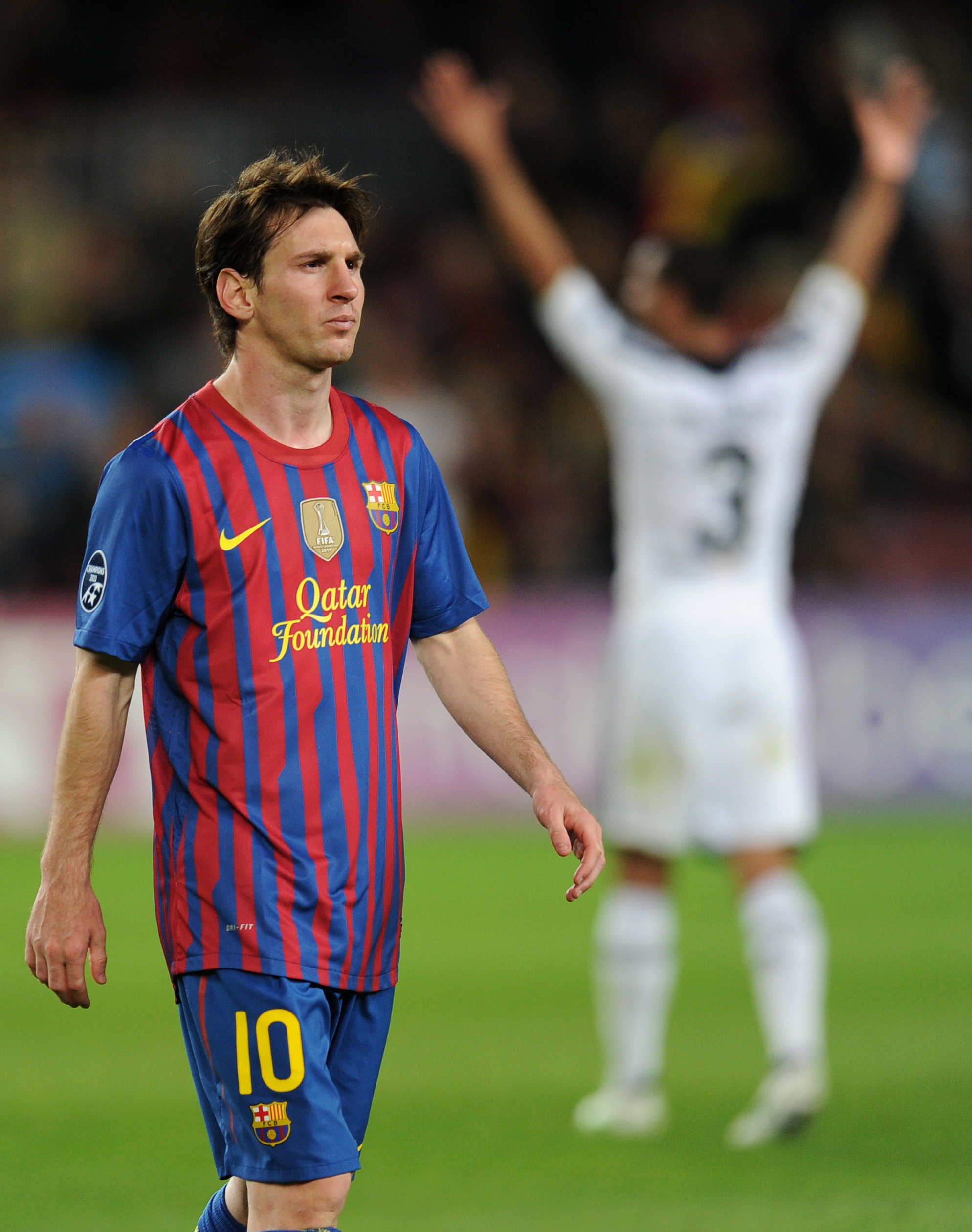 A heroic Chelsea survived the dismissal of captain John Terry and a Lionel Messi missed penalty to eliminate holders Barcelona 3-2 on aggregate and secure a place in the UEFA Champions League final after an action-packed clash on Tuesday.

The semi final second leg clash at the Nou Camp ended 2-2 and burst into life towards the end of the first half when Sergio Busquets put Barca ahead. Then Terry was sent off for knocking the leg of Alexis Sanchez and Andres Iniesta made it 2-0.

Barca looked in total control but were rocked when Frank Lampard sent Ramires clear in first-half added time and the Chelsea midfielder lifted the ball brilliantly over the onrushing Barca goalkeeper Victor Valdes into the empty net.

Barca squandered a chance to make it 3-1 early in the second half when the referee awarded a penalty for a Didier Drogba foul on Cesc Fabregas and Messi, who was denied by a post late on, crashed his spot kick against the crossbar.

Fernando Torres, who has a great record against Barca despite misfiring so many times for the Premier League side, then netted for Chelsea in stoppage time after being clear on goal.

Chelsea’s triumph is all the more remarkable given they sacked coach Andre Villas-Boas last month and Roberto Di Matteo is only caretaker manager. They lie sixth in the Premier League.

“We’ve done it. We scored an away goal and I think that was the key,” goalkeeper Petr Cech told Sky Sports.
“What can I say. We scored goals and fought for 90 minutes. We were down to 10 men and down 2-1, but I think it’s fantastic what we’ve done.”

Barca’s elimination is a fresh setback for Pep Guardiola’s side after they lost last week’s first leg in London 1-0 and crashed to a 2-1 La Liga reverse at home to bitter rivals Real Madrid on Saturday. Real are hot favourites for La Liga glory.

Chelsea will play Real or Bayern Munich in the May 19 final, with the Germans holding a 2-1 advantage from last week’s first leg for Wednesday’s return at the Bernabeu.

Barca, who lost Gerard Pique to concussion midway through the first half after Chelsea’s Gary Cahill had limped off with a muscle strain, were chasing a third continental title in four years.

Chelsea, beaten at the same stage by Barca in 2009, are looking to win a first European title after they fell to Manchester United in the 2008 final but will head to the Munich showpiece with a four players suspended.

Defenders Terry and Branislav Ivanovic will be joined on the sidelines by midfielders Ramires and Raul Meireles. Cahill faces a race to be fit as does fellow centre back David Luiz, who missed Tuesday’s match through injury.

Fellow defender Ashley Cole said: “It was hard when you lose both centre halves like that. But at the end of the day we all believed. Not many people did, but we all did.

“Three or four months ago no one thought we had a chance. We lost a few games in the Premier League. We’ve been lucky, but it shows you can’t beat our desire and fight.”