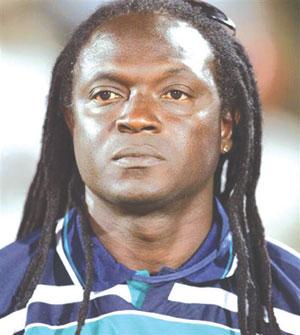 African football legend, Jules Bocande, has died at a French hospital, while undergoing an operation

According to RFM Radio, Bocande died at the age of 54 on Monday at a hospital in Metz.

He played for several top French clubs including Paris Saint-Germain, Nice and FC Metz. His career also took him to Belgium.

He was the goal king in the French top flight in the 1985/86 season with 23 goals and he was the father of FC Metz player, Daniel Bocande.

He was national team coach of the Teranga Lions of Senegal between 1994 and 1995.