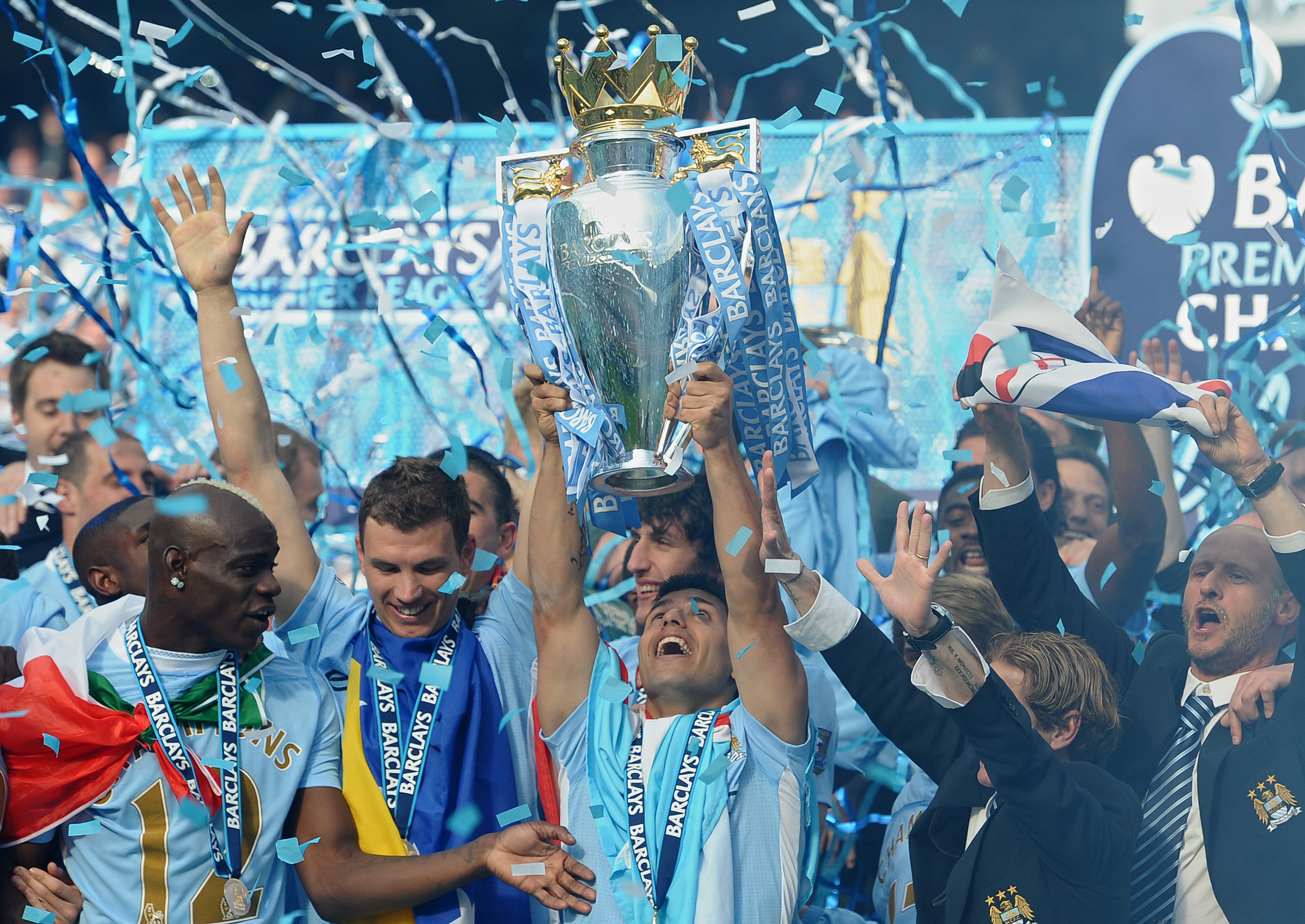 Man City made it a last gasp, dramatic affair to clinch the English premiership league title, today, beating Queens Park Rangers 3-2, in a game that put the City players, coaching crew and thousands of supporters on the tenterhooks.

It was a victory that was almost lost as QPR defended their 2-1 advantage until the 90th minute, leaving City with the desperate work to find two goals within five minutes to win and make history. Incredibly, they did, with goals from Aguero and Dzeko.

The victory made City’s overall points 89, same with their City rival, Manchester United, the defending champion.

Joey Bartin was sent off for a clash with Carlos Tevez but Jamie Mackie put QPR in front on the break.

With Manchester United’s beating Sunderland, City looked set to miss out but Edin Dzeko levelled with a header and Sergio Aguero won it at the death.

QPR stay up despite their defeat, as Bolton could only draw at Stoke.

The title is City’s first since they won the old First Division in 1968.

“The last few minutes were incredible. This is for our supporters, they deserve this,” City manager Roberto Mancini said.

“We had a lot of chances, we deserve to win this championship. It’s fantastic. After 44 years I dedicate this to all our supporters. It’s a crazy season, crazy last minutes.”

Relieved City captain Vincent Kompany meanwhile admitted his nerves had been shredded by the frantic finale.

“I want to say it’s the best moment of my life — but please never again like today,” Kompany said. “Miracles do happen in Manchester. Only this time it’s on this side of the road.”

City celebrated but it was a different story at the Stadium of Light, where for a fleeting moment after the final whistle United’s players believed they had done enough to retain their crown after Wayne Rooney’s first-half goal completed a 1-0 win.

But then news of Aguero’s late winner filtered through and United’s players trudged off in disbelief having been all smiles just moments before.

“Nobody expected that. Everybody expected City to win, but they did it against 10 men for half an hour and with five extra minutes to help them,” Sir Alex Ferguson said afterwards.

“But I congratulate City on winning the league. Anybody who wins it deserves it, because it’s a long haul. At the end of our game our players didn’t actually know the results.

“Now, they’re really disappointed, I’m glad to say. There’s no other way they should be … It wasn’t our turn today.”

QPR’s fans celebrated meanwhile after the club’s Premier League survival was ensured as Bolton could only draw 2-2 at Stoke.

In the other issues to be settled on Sunday, Arsenal clinched third place with a 3-2 win at West Bromwich Albion while Tottenham sealed fourth place with a 2-0 win over Fulham at White Hart Lane.

Tottenham, however, face a nervous wait to see if they will advance to next season’s Champions League.

Elsewhere Sunday, Newcastle’s brave challenge for a top four finish ended in a 3-1 defeat at Everton which left the Magpies in fifth place.

Liverpool’s disappointing season ended on a downbeat note with a 1-0 loss at Swansea.