Is the Kennedy Curse Real or America's Superstition? 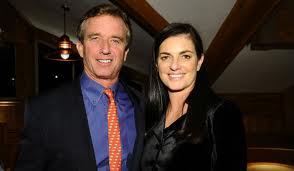 Mary Kennedy, wife of Robert F. Kennedy Jr. is dead. Suicide is suspected, in the death that was a culmination of the woman’s drug and alcohol problems.

Being married to a Kennedy until two years ago, her death was not just another death, analysts want the world to believe. The news has created a buzz on the net and it was number one on ‘trending’ in Yahoo as at 10 a.m today. Analysts are not accepting the normality and inevitability of death, especially in the Kennedy clan. To them, the sad event fits into the long arc of the Kennedy family’s story of serial tragedy, a curse some believe, is engrained in the aristocratic family.

Below is how Yahoo presented Mary’s story today:

“RFK Jr. — Jack Kennedy’s nephew, Bobby Kennedy’s son — had four children with his wife. They filed for divorce two years ago.
“We deeply regret the death of our beloved sister Mary, whose radiant and creative spirit will be sorely missed by those who loved her,” Mary Richardson Kennedy’s family said in a statement. “Our heart goes out to her children who she loved without reservation. We have no further comment at this time.”
Along with political fame and power, tragedy has befallen the Kennedy clan for decades.
Ted Kennedy’s death from brain cancer, in August 2009, is still fresh in the American memory. He was the last of four brothers — Joe, Jack, Bobby and Teddy, all of whom served their country. His passing almost three years ago reminded a mourning country of Camelot’s crests and troughs — ascents to the pinnacle of American glory, assassinations, plane and car accidents, legislative accomplishments and obstacles, and family troubles.
They began well before the brothers’ ascent to political power. Joseph Kennedy Sr. famously approved a lobotomy, then a rarely used procedure, to be performed on his daughter, Rosemary, in 1941. The surgery was thought to help Rosemary’s violent moods. But the procedure didn’t go as planned, and Rosemary was left mentally damaged. She died in 2005.
Not long after Rosemary’s surgery, Joseph Kennedy Jr. was shot down in World War II, in 1944. Then, in 1948, Kennedy’s older sister Kathleen died in a plane crash on a trip to France.
A little over 10 years later, Jack Kennedy ran for president. His youthful, vigorous campaign and presidency filled a nation with hope and promise. His assassination in 1963 sent shockwaves through a country that would take years to heal.
Just a year later, in June 1964, Ted Kennedy was in a plane crash that killed one of his aides, Edward Moss, as Kennedy was running for reelection in the Senate.
In 1968 Robert Kennedy brought the Kennedy charm, youth and idealism to a campaign and captured voters’ hearts and minds as he sought the Democratic nomination for president.But in June he was assassinated in a Los Angeles hotel after a campaign event.
The following year, the family faced tragedy and public humiliation, when Ted Kennedy drove his car off a bridge on Chappaquiddick Island, drowning his 28-year-old female passenger who had worked on RFK’s campaign. Kennedy didn’t report the accident for almost nine hours and was later charged with a misdemeanor for leaving the scene. He later called his decision “indefensible.”
Tragedy did not bypass the next generation. In 1984, David Kennedy, the fourth of Bobby Kennedy’s 11 children, died in a drug overdose. Fifteen years later, John Kennedy Jr., affectionately called John-John when he was a young boy and his father was president, died while piloting a small plane; with him was his wife, Carolyn, and his sister-in-law.

Is this line of thinking fact or fiction, reality or superstition?