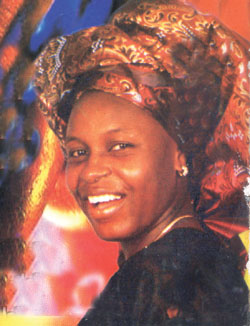 According to Kemi, the effort is filled with hopeful messages to the hopeless and soul wining songs delivered amidst danceable lyrics and percussion.

Tracks in the album include Hymns Book, Jerusalem Torun and Ewo Oba Ogo Yi among others. The album will be distributed by Optimum Entertainment and I.K Vimtec Ventures for Preci-Dove Entertainment.