Nothing Has Changed —Don Jazzy 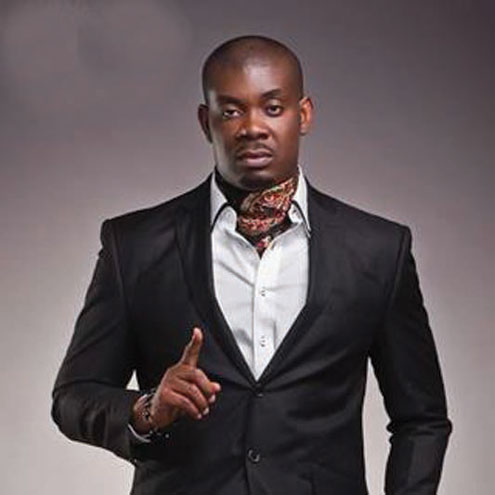 With the arrival of a new recording label, Mavin Records, on the Nigerian music scene, former CEO of Mo’Hits Records and promoter of the new label, Don Jazzy recently revealed that nothing has really changed. Rather it was a mere alteration of the brand name.

Don Jazzy said in an interview with online portal, thenetng.com, that what happened in the last few weeks was a great leap, and he was quite upbeat about the label’s prospects.

“It has been a moving trend from Mo’Hits to Mavin. The only thing that has changed is the name and the addition of new people, and basically we will keep moving,” said the famous beatmaker.

“Tiwa Savage and I have been talking about adding a female artiste to Mo’Hits Records for a long time now…We knew from day one when she came into this country that this was going to happen but at that point she was not ready. I have to encourage her to go ahead and make some things for herself which she did wonderfully as an artiste. Now there is room for an addition and so we are continuing from where we stopped,” he revealed.

On Monday 7 May, the Nigerian entertainment industry woke up to read a twitter message by Don Jazzy, announcing the birth of his new music empire, Mavin Records, thus nailing the coffin of the hit music conveyor belt, Mo’Hits Records, jointly set up with old time buddy, D’Banj.

Together, they both ruled the Nigerian and African music scene for eight years, climaxed with their 2011 breakthrough on the international scene with collaborations with American rap star, Snoop Dogg and international recording deal with another hip-hop mogul, Kanye West’s G.O.O.D Music.

The new music empire, Mavin, has most of the old Mo’Hits Records fellas, minus D’banj and his younger brother, K-Switch. Mavin acts include Wande Coal, Dr. SID, D’Prince and the new signee, Pop sensation, Tiwa Savage.

They already dropped a mixtape, Solar Plexus, presently ruling the airwaves. The tape was produced by Don Jazzy himself.