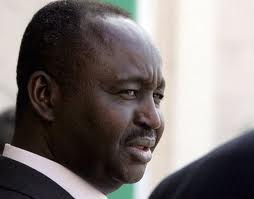 The president of the Central African Republic (CAR), Francois Bozize, was elevated to the status of religious leader Monday, state radio said Monday.

“White Monday was an opportunity for the Celestial Church of Christ New Jerusalem to inaugurate a temple in Bambari and canonise the president of the republic as ‘senior evangelist’,” the radio said.

Bozize becomes the top leader of the Benin-born and Nigeria-based evangelical church in his country.

The 65-year-old president, who took power in a 2003 coup, is the church’s main financier in CAR. He converted during a period of exile in Benin that followed a failed 1982 coup.

In 2001, his predecessor Ange-Felix Patasse’s regime had accused him of using his church as the recruitment arm of his rebellion.