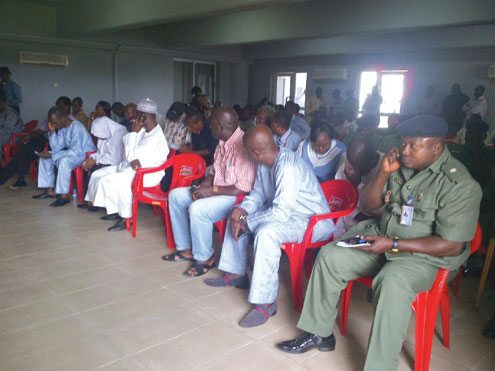 Relatives of the Dana Airplane crash victims began to arrive the MMA2 as early as 7 am today and were directed to the Dana Accident Information Centre.

Many broke down as they learnt that there was no survivor.

Husbands, wives, brothers, sisters and other relatives asked repeatedly if there was at least one survivor and wept uncontrollably when they receive negative answers.

The airport was deserted in the morning as many were yet to come to terms with the tragic incident.

Traffic started building up later in the day.

Dana cancelled all their flights nationwide and began refunding tickets they had sold.

There is no plan to resume flight immediately.

Experts who spoke on condition of anonymity said it is very rare for the two engines of a plane to fail almost at the same time when it is well serviced.

Some wondered if the airline that crashed was the same one that had hydraulic problems recently.