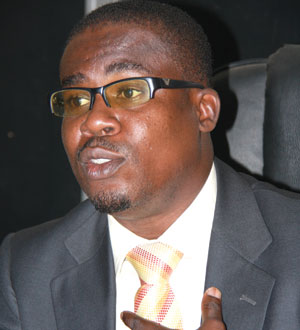 The Executive Secretary of Lagos Junior League, LJL, Taofiq Bello-Aromire, has debunked the claim credited to the members of the Lagos State House of Assembly that the league board is illegal.

According to the LJL scribe; “The board and management of Lagos Junior League is displeased with the story from the assembly, which was published by P.M.News on Friday, 25 May, 2012, that the league board is illegal.

“I wish to bring to the notice of the public that after our organisation’s invitation to the plenary session of the Lagos State House of Assembly, it was resolved that documents relating to our corporate/legal existence should be submitted to the House Committee on Sports, and that all incidental matters relating to the oversight function of the House be referred and dealt with by the House Committee on Sports.”

Bello-Aromire, however, wants the public to know for record purposes that the league board is operating legally, saying; “The statement was false, misleading and could also tarnish the image of the organisation.”

It would be recalled that members of the Lagos State House of Assembly had, recently during a plenary session, said that the establishment of the Junior League did not follow due process.

The House had said the League Board cannot perform an oversight function over the Junior League because they are not a government agency or parastatal.