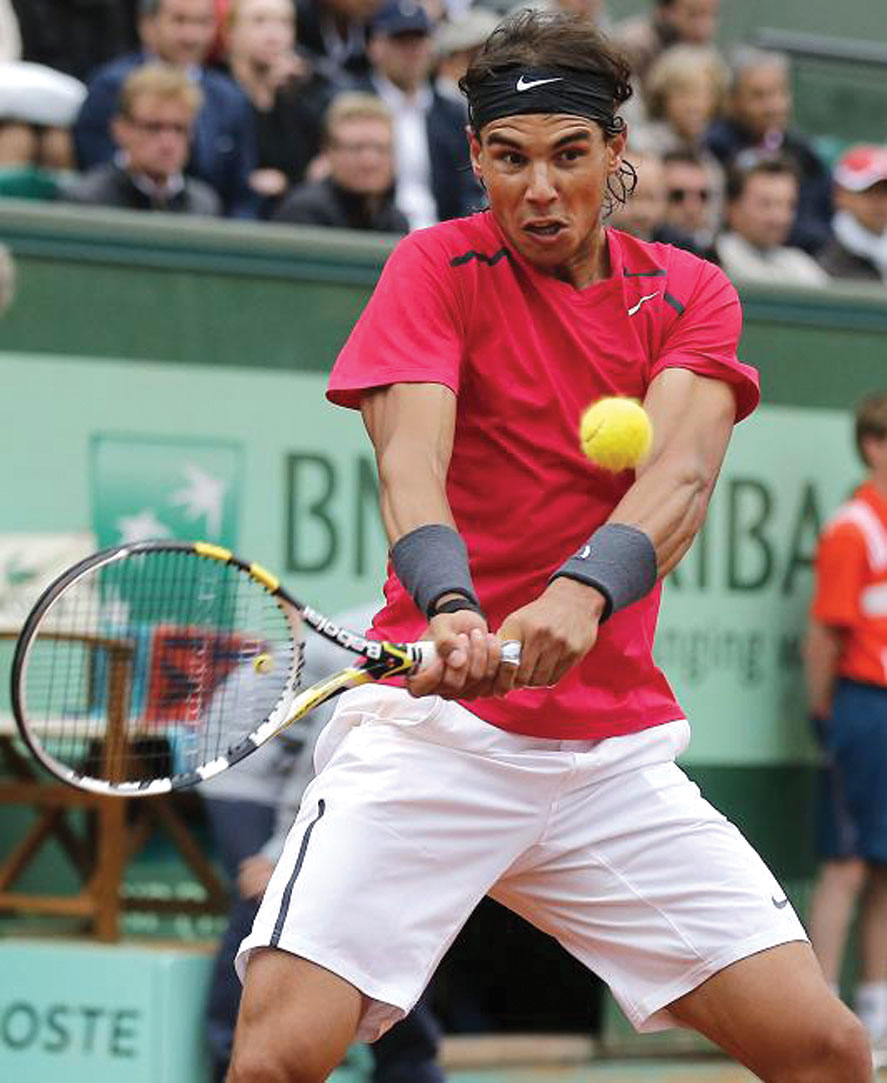 •RETURN...Rafael Nadal returns a serve to Joan Monaco during their game at the French Open yesterday. Nadal won 6-2, 6-0, 6-0 and will face Nicolas Almagro in the quarter final.

Rafael Nadal swept aside Juan Monaco, winning 17 games on the trot after his pal led 2-1 in the first set to set up a quarter final match against Nicolas Almagro.

Nadal however said: “Juan is one of my best friends on the tour and I feel very, very sorry for him. I didn’t make many mistakes.”

To Almagro, Nadal is “the man on clay, and we are trying to get close to him. We are working hard to do our best.”

Meanwhile, Andy Murray rallied from a dismal start to defeat Richard Gasquet and reach the quarter-finals of the French Open.

The number four seed was outplayed in the first set, clutching his left hip as the injury that affected him earlier in the tournament apparently returned.