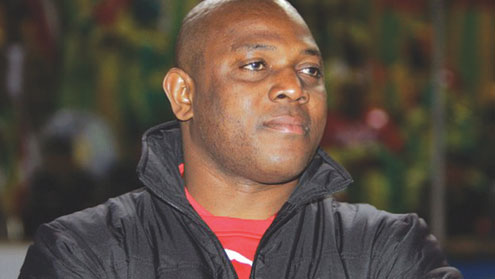 Keshi believes that Moses, like the other Super Eagles’ players have the potential to go places.

The Nigerian manager also pointed out that the former Crystal Palace man is talented enough to become “one of the biggest stars in the game.”

“Victor Moses is a talented player like the other players in the team. He has the potential of becoming one of the biggest stars in the game. He has pace and skills in him,” he said.

“Playing in Africa and for Nigeria is new to him but he’s adapting to the style well. He has also realised that African style combines physical and skilful football together most times. And Victor has all of those attributes because he has played in England all his career and the league there is tough physically,” Keshi said.

The 50-year-old Nigerian manager made it clear that the Wigan Athletic striker remains in his long-term building plan for  ‘a formidable Super Eagles.’

“He’s very much part of the building process of this team. Our plan is to build a formidable Super Eagles that Nigerian fans will be proud of,” he rounded off.

Moses has made three appearances for Nigeria since switching international allegiance from England in 2011.