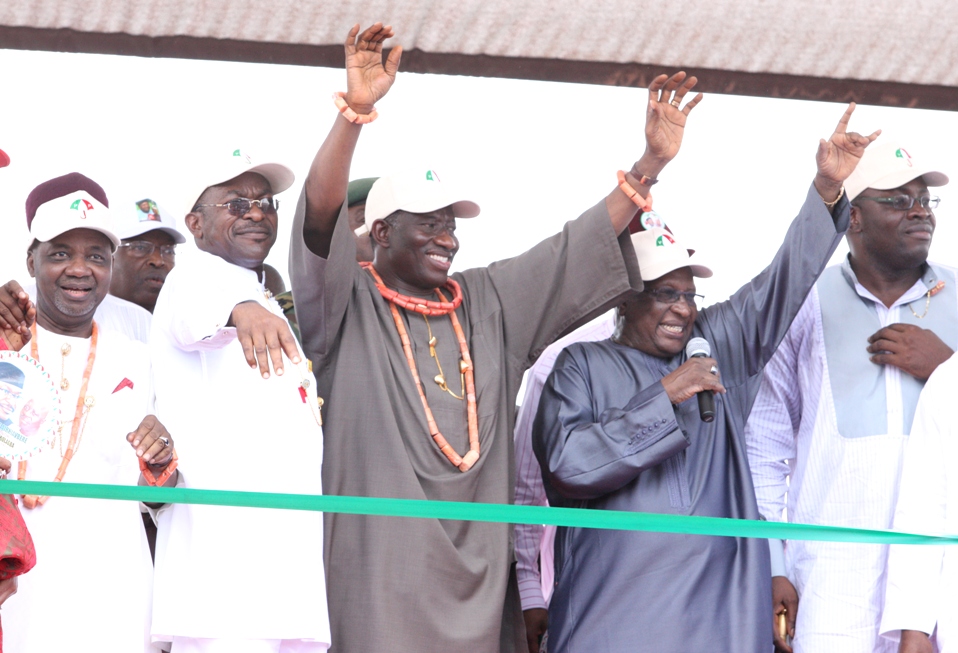 President Goodluck Jonathan, on Saturday in Benin, assured the people of the state of 100 per cent security of their lives and property during the July 14 governorship election.

Jonathan gave the assurance at the PDP campaign for the July 14 Edo governorship election at the Samuel Ogbemudia Stadium.

“I have asked the Inspector-General of Police and the service chiefs if they are prepared for the Edo governorship election.

“I want to assure the good people of the state that I am guaranteeing 100 per cent security during the election,’’ he said.

The President, who also disclosed that government would ensure that there would be no electoral manipulation, said that “nobody will change figures at the polls.’’

“PDP as a big party will win if they mobilise well for the election.’’

He said that in line with his transformation agenda “we will continue to deliver on our electoral promises.

“You will remember that it was in Edo that I launched my policy of one man, one vote. I, therefore, still insist that we must change the way we play politics.

“There should be no thuggery and violence in our electoral live,’’ Jonathan said.

Earlier, Vice President Namadi Sambo and National Chairman of the Edo Campaign Committee, said that Jonathan’s presence was enough morale booster to the people to come out en masse and vote for the party’s candidate, Charles Airhiavbere, on July 14.

Sambo said that if the people were effectively mobilised and exercise their franchise on July 14, “we will be back here after the election for the swearing-in ceremony.’’

Other speakers who charged the people to ensure that they come out to vote for the PDP included the National chairman of the party, Alhaji Bamanga Tukur, former BOT chairman, Chief Tony Anineh and the Minister of works, Mr Mike Onolememen, among others.

The highpoint of the rally was the presentation of the party’s flag to the team of Airhiavbere and his deputy, Chief Johnson Abolagba, by Jonathan and Tukur.

Earlier, Jonathan had about five minutes’ private discussion with the Oba of Benin, Omo N’oba Erediauwa.