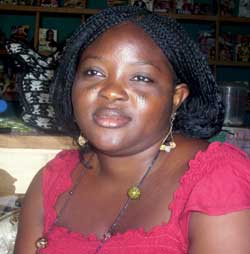 The musician said she chose to sing Apala music not because her late father was a popular and highly revered Apala musician but because of the challenges and its acceptance in the whole southwestern Nigeria and West Africa.

Sadia who holds a certificate in Junior Community Extension Works from Ogun State School of Health, Ijebu Ilese in 1995, started a career in music in 2002 and took her 10 years to debut. “Apala music genre is rigorous and requires great intelligence to drop a flawless album,” she said.

She stated that she looks forward to being the first crowned Queen of Apala music, adding that what a man can do, a woman can do it better.