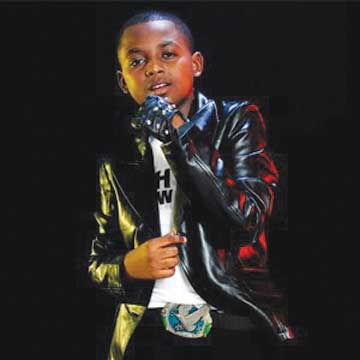 As part of activities to mark the 25th anniversary of the creation of Akwa Ibom State, southsouth Nigeria, 12-year old music star,  Kamsee and others from the state, will on Sunday, 23 September perform in Uyo, the state capital.

The music star revealed that he is happy that he is witnessing the silver jubilee anniversary of the state that was created by Ibrahim Badamasi Babangida in 1987.

“I am proud of my home state and especially the present governor, Godswill Akpabio, who is performing wonders in the state. The governor has really transformed the state from what it used to be to one of the most beautiful states in Nigeria. He built an airport in my father’s village as well as constructed the village road”.

Kamsee, who has just been signed on by a world leading music label, Sony Music, has shot the video of his hit song, My world, featuring the sensational Hip Hop star, D’Banj in South Africa.