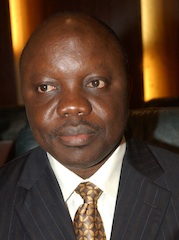 Nigeria’s Delta state government has inaugurated its first set of 1,250 tricycles, as part of the plan to phase out commercial motorcycles from urban areas of the state.

Inaugurating the tricycles in Asaba, Governor Emmanuel Uduaghan said that the decision to phase out commercial motorcycles was to bring sanity and safe transport system to the state.

Uduaghan said that commercial motorcyclists had been linked to fatal accidents in the state, as well as security challenges, adding that that they had become easy means of carrying out criminal activities.

He, therefore, said that there was the need to be proactive hence the phasing out of commercial motorcycles in the urban areas of Delta.

The governor further said that to ameliorate the plight of the commercial motorcyclists, who were targets of attacks, the government had decided to reduce the cost of acquiring the tricycles by 25 per cent.

The governor also said that the date for the phase out of commercial motorcycle had been extended from October 1, to November 1.

He appealed to politicians to leave the tricycles for those it was meant for, and advised those, who want to empower their loyalists to go to the open market and buy for them.

The Commissioner for Transport, Mr Benson Igbakpa, said that the tricycles comprising of 1,050 passenger tricycles and 200 cargo tricycles were acquired as alternative to commercial motorcycle.

Igbakpa said the action was taken to return sanity to the roads and ensure safety of lives and property.

He said that over the years, many people had been killed or maimed from accidents involving commercial motorcyclists due to the non protective design of the motorcycle and recklessness of the riders.

Igbakpa explained that it became imperative to introduce the tricycles because of government’s commitment to protect its citizens, and ensure that the state kept pace with modern trends in transportation.

He also said that so far 505 Toyota buses had been acquired and distributed for the Urban Mass Transit Scheme in the state.

The commissioner further said that 10 TATA buses for labour and 20 airconditioned Marcopolo buses for intra and intercity operations had also been acquired.

He, therefore, appealed to the management of the tricycle union to ensure that the tricycles were used strictly for the purposes they were meant to serve.

Also speaking, Mr Goddey Nzete, the President of the state’s Tricycle Union, commended the government and gave the assurance that the beneficiaries would comply strictly with the rules.