Chelsea Close In On £15m Walcott 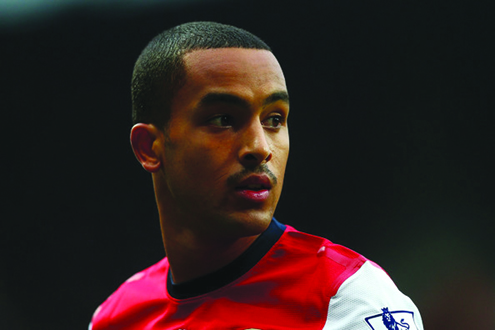 Chelsea have emerged as shock favourites to land Theo Walcott from Arsenal.

Blues boss Rafa Benitez is confident of getting his man as the £15million-rated winger would not have to uproot from London.

Liverpool are long-term admirers and both Manchester clubs are keen.

Chelsea have sent a scout to watch Walcott — and plan to use him as a more central attacker, a role the England man craves.

Benitez will have cash to spend in next month’s transfer window.

He rates Walcott’s lightning pace as a huge asset as he looks to land a player to support Fernando Torres.

The forward, 23, has refused to sign a new £80,000-a-week contract at Arsenal — and can leave for nothing next summer when his current deal runs out.

The Gunners know they could still raise around £15m for the player by selling him in January.

Walcott is likely to try to wait until the summer before moving.

Meanwhile, Chelsea skipper, Frank Lampard has indicated that this season may be his last for the English giants, with the midfielder, who has been at Chelsea since 2001, linked with a move to the Chinese Super League and last month, Guizhou Renhe confirmed they were in talks with him.

His contract is due to expire in June and following his side’s 3-1 win over Monterrey on Thursday to reach the FIFA Club World Cup final in Japan, Lampard said he is yet to be approached by Chelsea with an extension, Kyodo reported.

“There have been no talks about an extension,” Lampard said. “The ball is in Chelsea’s court. I’m a Chelsea player as simple as that.”

Lampard has been recovering from injury and came on as a substitute in the 63rd minute against Monterrey. The 34-year-old said he felt he could compete at the highest level for a while yet.