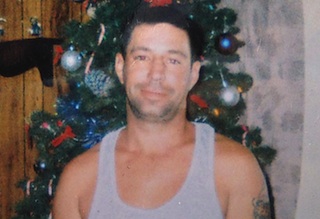 Rescue workers announced Saturday that they have halted their search for the body of a man whose bedroom was swallowed up by a sinkhole in a Florida town.

The hole opened up in the Tampa suburb of Seffner late Thursday, shattering the concrete slab on which Jeff Bush’s four-bedroom home rested. Rescuers were unable to make contact with Bush, who was presumed dead.

Authorities feared that the hole was still unstable and could grow.

“It’s very deep. Very wide. Very unstable. And that’s why I said that any further demolition can’t even take place on the site,” Merrill added of the hole about 25 feet (eight meters) wide at the top but far deeper. “This is a very unusual situation.”

Bush’s brother Jeremy had thrown himself into the hole and started digging desperately after the victim was swallowed up, but heard nothing and found no one.

Emergency workers whisked away Jeremy Bush after arriving on the scene and closed off the area out of fear that more of the home could be sucked into the hole.

Authorities have evacuated the neighborhood as a precautionary measure.

Sinkholes are common in Florida, a state where much property sits on porous limestone that sometimes suddenly dissolves beneath a layer of clay.