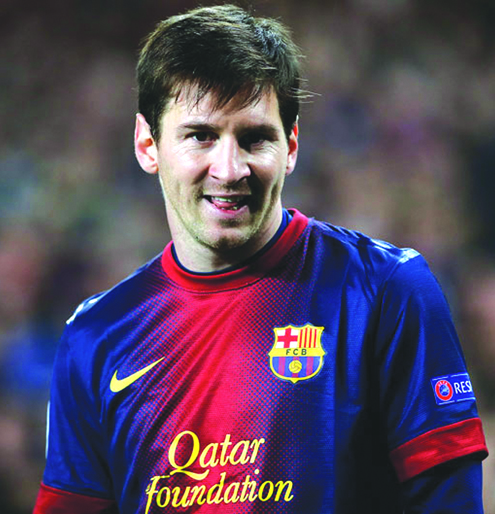 Messi: to start from bench

Lionel Messi has warned his teammates at Barcelona that they must be on top of their game against Bayern Munich if they are to reach the Champions League final at Wembley.

The two sides clash in the first leg of the semi final tie of the Champions League tonight and the Argentine attacker feels Bayern have been in impressive form so far in the 2012-13 campaign, adding that their opponents are even better than last year, when they lost the final to Chelsea on penalties.

“Any opponent in these semi-finals was going to be tough, but Bayern this year are very, very good. They have been playing at a very high level and scoring a lot of goals,” Messi told The Times of India.

“After what happened at the end of 2012, when they lost the final at their own ground to Chelsea, I think they have even more desire to go for the title this time. And Bayern are stronger this year than last in my opinion.”

The Spaniards, who have won the trophy twice in the past five years and are into their sixth straight semi-final, arrived in Munich needing only to glance at the Bundesliga table to realise what they are up against.

“It is going to be a very tight tie,” Roura said.

“It will probably come down to nuances. The side who manages to impose themselves the most on the game will have the best chance. We know how good Bayern are, and we know it’s going to be hard not only in this match, but in the tie overall.”

Meanwhile, Bayern Munich manager Jupp Heynckes says he is not worried at the possible return of Messi to Barcelona’s side for tonight’s game.

“Barca are about more than just Messi,” Heynckes said. “I expect he will be able to play and it is not something which is causing me a headache,” added Heynckes.