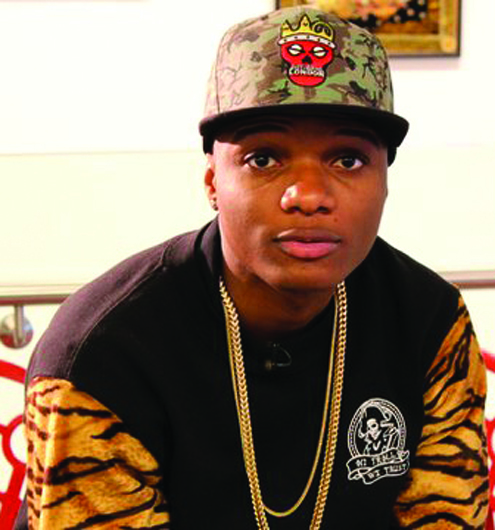 Six months after top music producer and entrepreneur, Don Jazzy, opened his hangout, Club PoP, the club has been shut down.

A source close to Don Jazzy told P.M.NEWS Showbiz Trends that he has decided to stop operation at the discotheque section of the watering hole due to huge funds he has sunk into it and the abysmal low return-on-investement.

“The club is becoming a drainpipe with some VIP patrons not behaving responsibly by abusing the credit facilities afforded them by the club management,” said the source.

It was learnt that during the review of the last six months operation of the club, the music producer discovered that the huge bills owed by some of his friends are too outrageous and the debts were  really affecting his investment. He was said to have been really angry, but didn’t want to embarrass any of the debtors. Thus opted to stop operation of the club, and continue with the restaurant on the ground floor of the hangout.

P.M.NEWS Showbiz Trends learnt Don Jazzy has so far sunk over N50 million into Club PoP. Apart from the money he is making as a music entrepreneur, Don Jazzy  recently made some extra bucks signing endorsement deals with big brands like Samsung and Loya Milk. His decision to invest in a nightclub business made him approach former Super Eagles captain, Jayjay Okocha for a lease of his building housing the old Club 10 in Saka Tinubu Street, Victoria Island, Lagos.

The new song meaning “God don’t forget me”, according to his publicist Shetade Images, is an inspirational pop. It was produced by T-izze from Pillar Squad, the recording label that also has in its fold El Phlex.

P.M.NEWS Showbiz Trends learnt that though Hy2’s new work was first dropped on the Internet, it has enjoyed lots of feedback and downloads online.

“My trend is something that makes people feel good. I have many singles but I want to promote this new song now because of its inspirational feel. I want to spread positive information and impart knowledge into the youths; thus this new song which I am very sure will become an evergreen,” boasts Hy2.

The new song released last week, saw the multiple Grammy Award nominee Femi putting his superb saxophone skills to its full capacity and gives the track a new school high-life mix. It was produced by Sarz, and shows Wizkid talking about his increasingly successful music career.

Apart from this historic collaboration, Wizkid has worked with some of the biggest names in the local and international music industry including Akon, The Game, Kardinal Official, Wale, Young Jeezy, M.I, Ice Prince among others.

After a long hiatus, R&B powerhouse Paul Play Dairo is back. The smooth singer has resurfaced on the international scene as an act under BMI.

With this, Paul Play will join the likes of Lady Gaga, Taylor Swift, Eminem, Rihanna, Shakira and many other top stars on 20Ent. Hollywood CA.

“This is a world class song from the most successful and the best-selling R&B artist in Nigeria’s music history,” a music analyst said of Paul Play’s new song for BMI.

After two weeks at the top of the chart, Banky W’s Yes/No yields first place to Phyno’s GhostMode.

Every week the Official Naija Top 10 is put together by an elite panel of judges comprising of Nigerian broadcasters, music specialists and tastemakers, working with MTV Base to pick the winners and losers in the week’s chart.