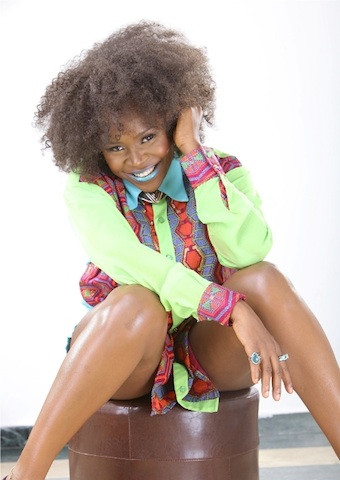 This ends speculations about who and who would make up the new set of entertainers to represent the fastest growing network, just as some old ambassadors were dropped.

Other artistes said to have put pen to paper at the telecoms company’s headquarters in Lagos are Tiwa Savage, Lynxx, Flavour, Burna Boy and Bez Idakula.

P.M.News learnt that the new ambassadors were heavily compensated with mouth-watering endorsement fees ranging from N10million to N20million annually. And their deals cover an initial two years, subjected to renewals.

Already Omawumi, Waje, Lynxxx and Flavour have been showcased in the Glo’s Mobile Number Portability campaigns on newspapers and radio commercials. Others like Naeto C, Bez and Tiwa Savage are being expected to follow suit. And in a matter of weeks, the face of these new Glo ambassadors will dot a lot of billboards nationwide.

With these latest ambassadors, it will bring the number of new artistes engaged as Glo ambassadors to 10. The masked-Afrobeat star, Lagbaja, a few weeks ago joined the likes of P-Square and Sammie Okposo who have signed a deal with them a long time ago.

Also still on board are comedian Basketmouth and some Nollywood stars such as Funke Akindele, Nonso Diobi, Nuhu Aliu and Odunlade Adekola.

For Waje, this could be described as a double blessing. The Glo mouth-watering deal came up few days after she launched her much talked about debut album. “I am so grateful to God for this deal. It shows that more blessings are still coming my way. As for what I will do with the money, it is strictly my personal business,” said Waje who posted on Instagram her goody bag and fingers painted in Glo lemon green colour.

Burna Boy, (Damini Ogulu) was the first to drop the hint of the deal on 3 May via an instagram message that reads: “New Glo deal sweeter Dan a bxxx!!!”. It was followed by a tweet message from his label boss @PeediPicasso: “Album done….Merchandise looking good…Major deals closed”.

Burna Boy, who is yet to release any album, was said to have received an endorsement fee of around N10-15million, alongside goody bag that contains smartphones loaded with airtime and data package.

Though it cannot be officially confirmed yet, P.M.News learnt that some Nollywood stars may have been dropped as Glo ambassadors due to some issues that contradict the telecommunication company’s brand value. This has made the brand to switch over to less controversial, young and vibrant music stars