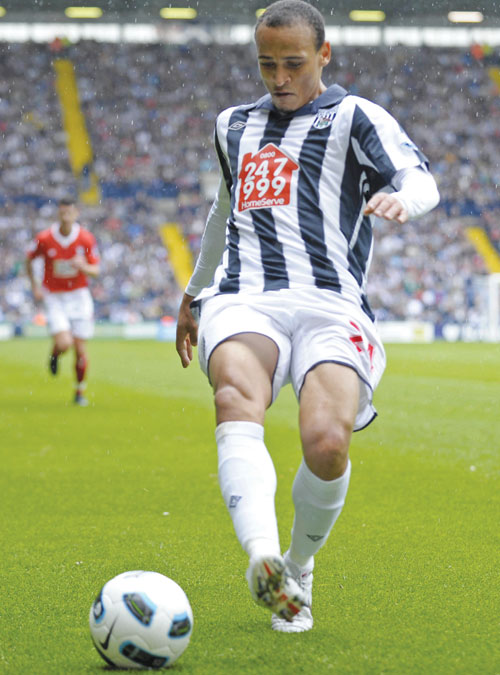 West Brom head coach Steve Clarke insists troublesome want away striker Nigerian Osaze Odemwingie will not be sold on the cheap this summer, warning any potential suitors: “We are not a charity”.

Osaze looks set to leave the Hawthorns in the close season after a series of ill-advised Tweets and misdemeanors in the second half of the campaign. The Nigerian was linked with a move to QPR in January but no deal was struck with the player bizarrely turning up at Rangers’ training ground to complete the deal before the clubs had agreed a fee.

His value will have surely diminished due to his behavior then and since but Clarke is insistent his £4million (about N965m) market value remains the same despite him having six months less remaining on his current deal now.

And the Albion chief said: “He has signed a contract.”

He added: “I think his goal record for West Brom is something like one in three. Whoever wants him has to pay the market value. Is that the same as it was in January? Yes. We are not a charity.”