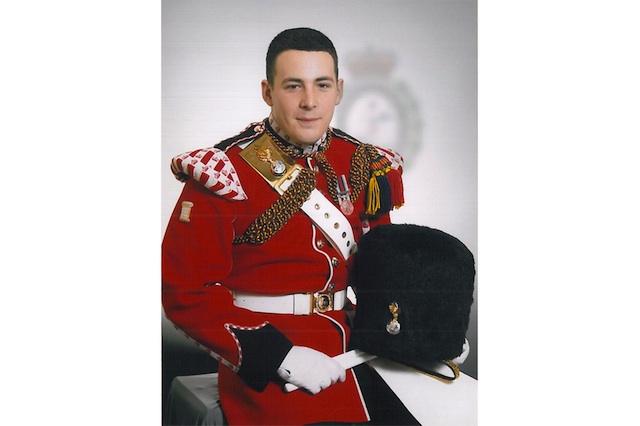 Manchester Evening News has lifted the fog over the identity of the British soldier brutally hacked to death by two Britons, of Nigerian origin, in Woolwich, London on Wednesday.

He was 25 year-old Lee Rigby, from Crumpsall in Manchester, who had served in Afghanistan.

He served with the 2nd Battalion The Royal Regiment of Fusiliers and was killed just yards away from the Royal Artillery Barracks.

Lieutenant Colonel Jim Taylor, commanding officer of the Second Fusiliers, led tributes to the father-of-one today, whom he described as a “dedicated and professional soldier”.

“He was a real character within the Second Fusiliers,” Lt Col Taylor said.

“Larger than life, he was at the heart of our Corps of Drums. An experienced and talented side drummer and machine gunner, he was a true warrior and served with distinction in Afghanistan, Germany and Cyprus.

“His ability, talent and personality made him a natural choice to work in the recruiting group. He will be sorely missed by everyone in the Second Fusiliers.

“Our thoughts and prayers are with his family and friends at this incredibly difficult time. Once a Fusilier, Always a Fusilier.”