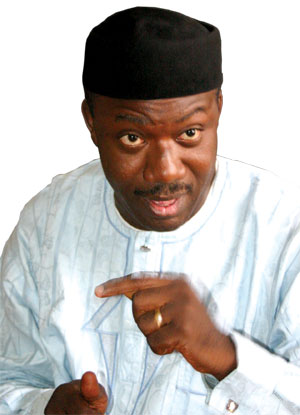 A 5-man panel of the Supreme Court on Friday in Abuja dismissed an appeal instituted by sacked former governor of Ekiti State, Chief Segun Oni of the Peoples Democratic Party wherein he sought for the apex court to upturn the Court of Appeal’s verdict that sacked him from Ekiti State Government House.

Oni had hoped to cash in on the judicial crisis that rocked the nation’s judiciary when Justice Ayo Isa Salami was forcefully suspended from office.

He thereafter appealed to the Supreme Court alleging likelihood of bias in his appeal following his defeat at the Ekiti Election Appeal Tribunal.

Oni relied on section 36 of the constitution which guarantees right to fair hearing and had asked the apex court to revisit the judgment of the Court of Appeal which removed him from office.

The governor relied on the provisions of section 246(3) of the constitution and urged the court to decline the invitation to meddle in an appeal that had been successfully concluded.

In a unanimous decision, the Supreme Court agreed with Governor Fayemi and held that the attempt by the ousted former governor Oni to lure the apex court to exercise its authority by meddling in an appeal already determined by the Court of Appeal which is the final court over the governorship election matters, is an attempt to get back into Ekiti state Government House.

In the decision read by Justice Sylvester Ngwuta, the court declined Oni’s invitation to interfere in an appeal that had been adequately determined and settled by a competent court which had the final say on such elections as at the time the election was conducted.

The court subsequently dismissed Oni’s appeal and insisted that his appeal has nothing to do with section 36 of the Constitution, especially in view of the provision of section 246(3) of the same constitution.

“This Supreme Court has no power or jurisdiction to entertain this appeal. We have consistently declined invitations to set aside decisions like this.”

The court also noted that the National Judicial Council, NJC, which thoroughly investigated the former President of Court of Appeal as well as other members of the panel found nothing against the jurists and exonerated them and as such has done nothing to warrant the accusation of likelihood of bias as alleged by the former governor.

The court also stated that the issue before the court is not whether the Court of Appeal violated section 36(1) in its decision sacking the former government but whether, in view of 246(3), can this court exercise authority to interfere with the matter.

The court thereafter dismissed Oni’s appeal but made no order as to cost.

In his reaction to the judgment, Governor Fayemi called for the establishment of election offences commission noting that had the former governor been prosecuted for committing electoral fraud in the state, he would not have had the opportunity to approach the apex court with this frivolous appeal with the purpose of distracting the Government of Ekiti State.

“Oni engaged in judicial frivolity and unfortunately, in Nigeria, there is no punishment for electoral frivolity. This decision reinforces the need for the establishment of election offences commission to handle people like Oni for committing electoral fraud and wasting the time of people elected to serve Ekiti state,” the governor stated.