‘A Man That Has Lost Character Has Lost All’ 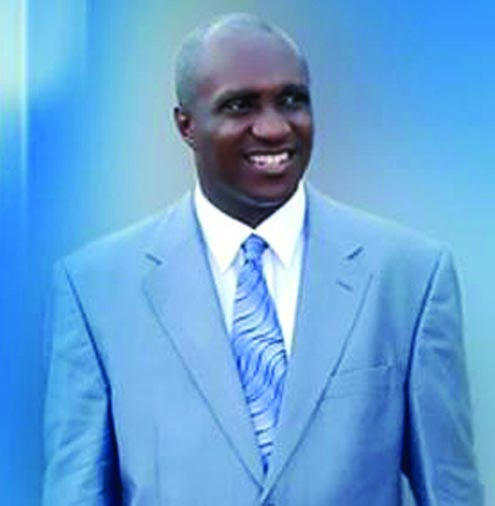 He is a compassionate minister with strong, anointed shoulders to bear the responsibility of shepherding God’s people. The truth is that Pastor David Ibiyeomie, Presiding Pastor, Salvation Ministries, based in Port Harcourt, has a practical approach to the Word and has been performing wonders and miracles in the lives of thousands of people using the power of Jesus Christ.

A dynamic and charismatic preacher with a vision directed by God and motivated to carry on the will of the Heavenly Father to build heavenly-minded people, Pastor Ibiyeomie has always been guided by character-conscious living and this has made his life a roadmap for many who wish to live by Godly principles. “I believe that a man that has lost character has lost all. I have always lived in accordance with His principles so that my character can bring more people to Christ. Godly character remains the bedrock of a great future and as someone said, “Men of genius are admired, men of wealth are envied, men of power are feared, but only men of character are trusted.” This underscores the great value of character. To be intelligent, wealthy and powerful is good, but without character it can be likened to a very handsome man with leprosy. Character is the nucleus of life’s worth; those who embrace godly character brace up today for greatness, so living a godly character is the principle that I have always asked God for,” he declared.

Born on 21 October, 1962, Pastor Ibiyeomie had his primary and secondary school education in Port Harcourt before he proceeded to the Rivers State University of Science and Technology, after which he came to Lagos. Visionary and hardworking, he had plans of making a living through his profession, but God had a bigger plan, which is to make him a winner of souls for His kingdom. He became born again in 1995, and few weeks later enrolled at the Word of Faith Bible Institute, an arm of Bishop David Oyedepo’s Ministries, in 1996. There he was greatly influenced by the Bishop’s impactful teachings of the word, and the vision to establish and run a church-based ministry became very clear. Steamed in the divine grace of God, the Salvation Ministries started in April, 1997 with less than 30 worshippers, and since then, Pastor Ibiyeomie, through an undiluted and insightful teaching of the word of God, has been training, mentoring, impacting and transforming many men and women into successful and enterprising individuals both in the secular and spiritual spheres of life.

Nigeria is today being challenged by developmental issues such as ethnic crisis, insecurity and corruption, and this ebullient and dynamic preacher believes that the church has a major role to play in eradicating them. Elucidating on this, Pastor Ibiyeomie said: “Apart from the financial poverty in our nation, there is widespread spiritual poverty, that is why some Nigerians are involved in terrorism and corruption. While the government provides for our economic need, the church has the burden of shaping and re-shaping the people’s minds and helping in the maintenance of our national unity. We have very brilliant minds in Nigeria, but the problem has always been with their character, so every family and the church have the role of building brilliant Nigerians with godly character.”

Asked why he thinks crime rate has been increasing despite the continuous rise in the number of churches in Nigeria today, the Port Harcourt-based preacher and televangelist who has given countless people the spiritual and practical foundation on which they are successfully building their lives replied: “Though churches in Nigeria have their own challenges, saying they have not been making positive impact is not correct. A few people who lack the understanding of God’s words believe that churches are neglecting their primary role by talking about God-given prosperity. But people are not imagining what our country could have become if these churches were not available. Churches have continued to preach and teach the populace on what God demands from us. Many Nigerians who profess Christianity today do not take time to read their bible even when they are in church, some do not even go to church again, and people easily blame the church for their action and inaction. This is not right.”

Continuing, he said, “The misplacement of values by most people in today’s Nigeria and the recognition and honouring of people with questionable character have made many of our youths to now place money before character. The core problem of our nation and many other nations of the world is that crime rate has been on the rise due to lack of godly character. Where godly character is lacking, then integrity will equally be lacking, and where integrity is lacking, corruption will thrive. I agree that churches in Nigeria have more work to do in order to help our national character, but these churches have not stopped working, only that the government and every family have to re-define their priority and place character before material wealth. The best way to improve our society is improving on our individual character, being dependable and trustworthy.”

As part of the divine vision received from God, Pastor Ibiyeomie runs a virile television outreach named “Hour of Salvation” through which millions across the world have been reached, saved and impacted by his transformative teaching of God’s word. Apart from this, Salvation Ministries has been training people who have given their lives to Christ so that they can be better equipped to spread the Gospel of Christ. The Word of Life Bible Institute (WOLBI), a non denominational institute established and managed by Salvation Ministries has also become a reference among the bible schools in Nigeria today.

Undoubtedly, David Ibiyeomie remains one of the most revered spiritual leaders in Nigeria of today but he has always stated that hardwork, diligence, faith and divine grace are the vehicles that bring favour to man. Because his sermons are thorough, directed against sin, poverty and corruption, and always challenging, Salvation Ministries and its presiding pastor have continued to grow in membership and popularity. Stating the reasons for this, the recipient of the honourary doctorate degree in Divinity from Bradley University, United States said: “I cannot attribute the growth to anybody, I am just an instrument in the hand of God, God is the main factor. Salvation Ministries has continued to touch lives in many ways and the grace of God has been sufficient for us, that is why we have gone this far”.

Pastor David Ibiyeomie does not just preach and teach prosperity and all-round success, he has proven his love for humanity by helping the needy. Money to the poor, care for the widow and orphans and scholarship to indigent youths are a few ways through which he has been touching lives positively

Advising Nigerian youths, the author of several life-changing books emphasised: “Education is important, but every genuine success starts with a vision and a godly character makes it come to pass. Every youth should make God his or her primary focus”.