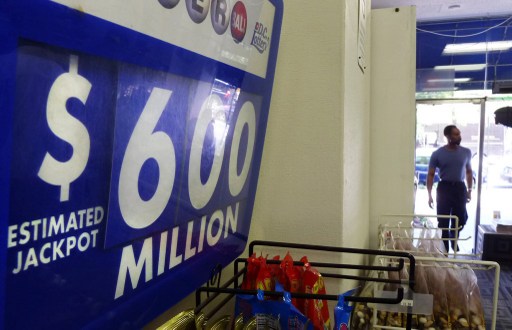 An 84-year-old Florida woman has claimed the $590 million Powerball lottery, authorities announced Wednesday, making her the winner of the largest unshared jackpot in US history.

Gloria Mackenzie’s name was divulged at a press conference in Tallahassee, ending two weeks of fevered speculation in the Sunshine State when no one came forward following the May 18 drawing for one of the largest lotteries ever.

The elderly Mackenzie perhaps wisely opted to take a lump-sum cash payment of $370.9 million, rather than receive the full winnings spread out over 30 years.

She purchased the winning ticket at a Publix supermarket in the small city of Zephyrhills, 30 miles (48 kilometers) northeast of Tampa, officials said.

She declined to appear before reporters at the Tallahassee event, where an official from the Iowa State Lottery, which runs Powerball, said Mackenzie wanted to preserve her family’s privacy.

A man standing in line at the Zephyrhills store offered to let Mackenzie go before him, and she drew what was later validated as the winning ticket, the lottery official said.

The jackpot had been touted by lottery officials as “the largest in the 21-year history of the game.”

The two-dollar tickets are sold in supermarkets, convenience stores and service stations across 42 US states, the capital Washington and the US Virgin Islands.

The Powerball website put the odds of winning at one in 175,223,510, far less likely that the chance of getting struck by lightning in the United States which, according the National Lightning Safety Institute, is about one chance in 280,000.

The biggest US lottery jackpot of all time was $656 million, won in a Mega Millions draw last year and split between three tickets in Illinois, Kansas and Maryland.