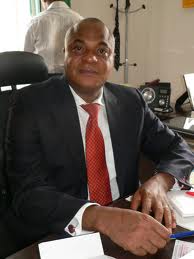 When the matter was mentioned Wednesday, Dr Tochi Nwogu and Ayoade Olumofin, counsel representing the accused companies and their directors, objected to the arraignment of the accused persons on the ground that the charge filed before the court against them is defective as it contains the names of two other accused companies, Lister Oil Ltd and Oando Plc, which have been struck out.

They argued that the prosecutor failed to have filed an amended charge to reflect the current accused persons.

He, therefore, urged the court to rule in his favour for the plea of the accused persons to be taken.

In a seven-count criminal charge filed before the court by the prosecutor, it was alleged that Geacan Energy Ltd, Chinyerem Anike Nweke,t he managing Director of Geacan Energy, Petroleum Brokers Ltd, Ogundipe Olaniran, the Managing Director of Petroleum Brokers, Lister Oil Ltd and Oando Plc between January and April 2011 in Lagos, conspired among themselves and other persons now at large to commit a felony; to wit, obtaining the sum of N1,323,162,160.76 as subsidy from the Federal Goverment of Nigeria under false pretence that they had imported and sold 17,837,160 litrer of petrol.