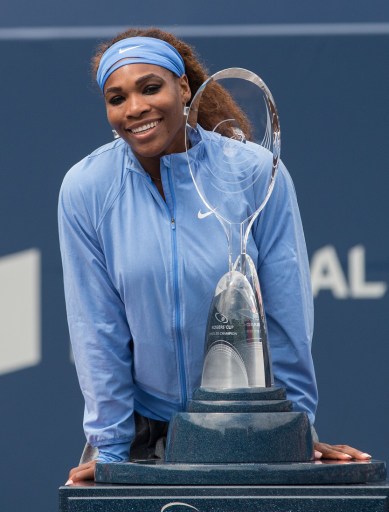 Serena Williams has secured the year-end world number one ranking for the third time in her glittering career, the WTA said Friday, after adding nine titles this season including two more Grand Slams.

Williams joins Justine Henin and Martina Hingis as a three-time year-end number one, with only Steffi Graf (8), Martina Navratilova (7), Chris Evert (5) and Lindsay Davenport (4) ahead of her.

“Serena has proven time and time again throughout her career that she is an incredible champion, both on and off the court,” said WTA chairman and CEO Stacey Allaster said in a statement.

“This season she continues to rewrite the record books, proving that she is one of the sport’s greatest athletes of all-time.”

Williams has summited the rankings six times and on Monday, she will have held the top position for a total of 156 weeks, the WTA said.

In February, she became the oldest world number one since computer rankings were introduced in 1975.

And this year Williams also became the first woman to surpass $9 million in prize money in a single season, pushing her career earnings past $50 million.

Williams’ total of 55 career singles titles means she is tied for seventh with Davenport and Virginia Wade on the all-time list.

Navratilova holds the record for the most singles titles with an astonishing 167, including 18 Grand Slams. The Open-era record belongs to Graf, with 22 major victories.